BOSTON — Prosecutors presented a video to jurors showing the Boston Marathon bomber, Dzhokhar Tsarnaev, flipping the bird the camera while he was in a holding cell in 2013. 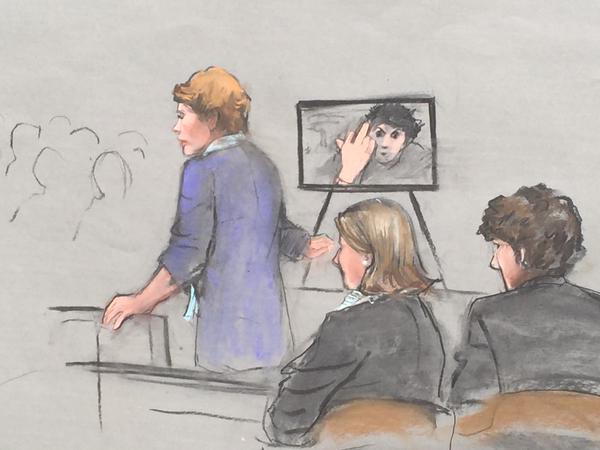 Prosecutors say the video proves the killer has no remorse. 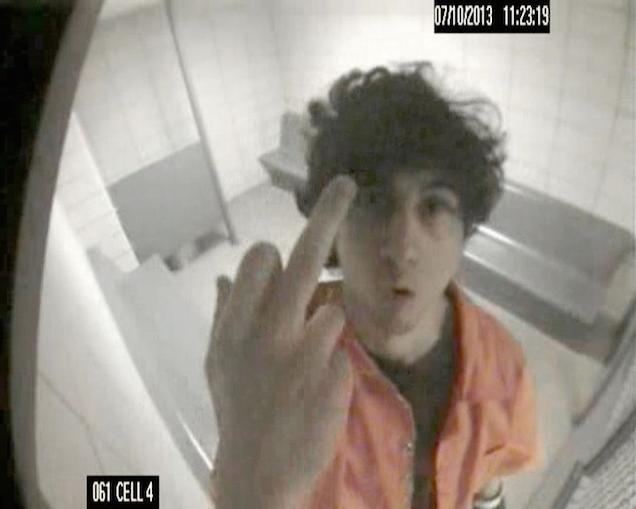 Defense attorneys tried to defend the gesture, saying it was a “V” shape.


Rita Jeptoo of Kenya was the first female across the finish line, completing the 26.2-mile course, which traveled through 8 Bay State towns and cities, in 2 hours, 26 minutes and 25 seconds. Lelisa Desisa of Ethiopia, the men’s winner, finished with a time of 2 hours, 10 minutes and 22 seconds.

At approximately 2:49 that afternoon, with more than 5,600 runners still in the race, two pressure-cooker bombs–packed with shrapnel and other materials and hidden in backpacks that were placed on the ground amidst crowds of marathon-watchers–exploded within seconds of each other near the finish line along Boylston Street.

The blasts instantly turned the sun-filled afternoon into a gruesome scene of destruction and chaos. Three spectators died: a 23-year-old woman, a 29-year-old woman and an 8-year-old boy, while more than 260 other people were wounded. Sixteen people lost legs; the youngest amputee was a 7-year-old girl.

Next Check out what the St. Louis Police Chief Tells Law-Abiding Citizens About Leaving Their Guns At Home