CNN’s Miguel Marquez is reported from Baltimore on Tuesday night, covering community reactions to the death of Freddie Gray in police custody. Marquez tweeted out just how big the protest has become: 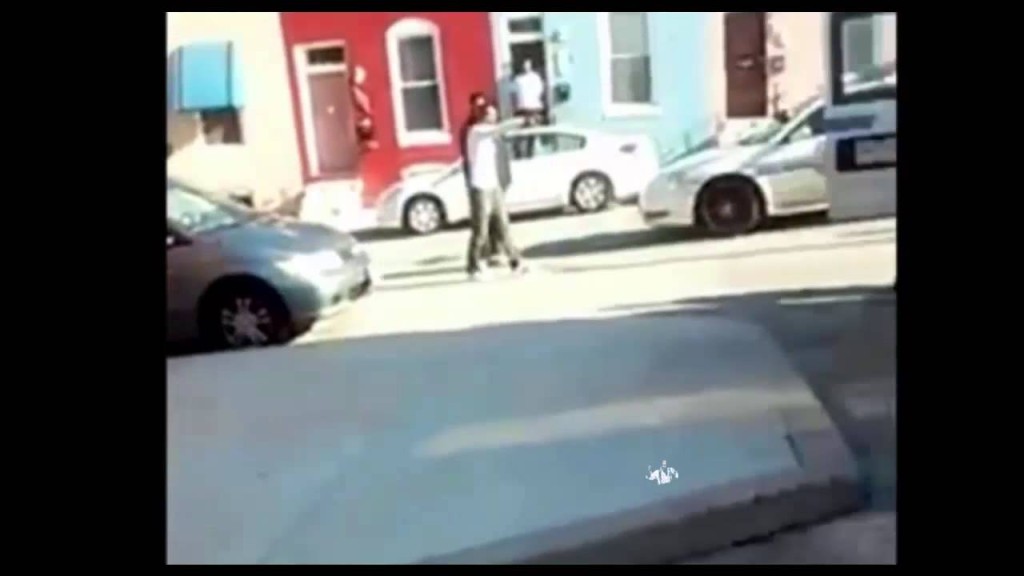 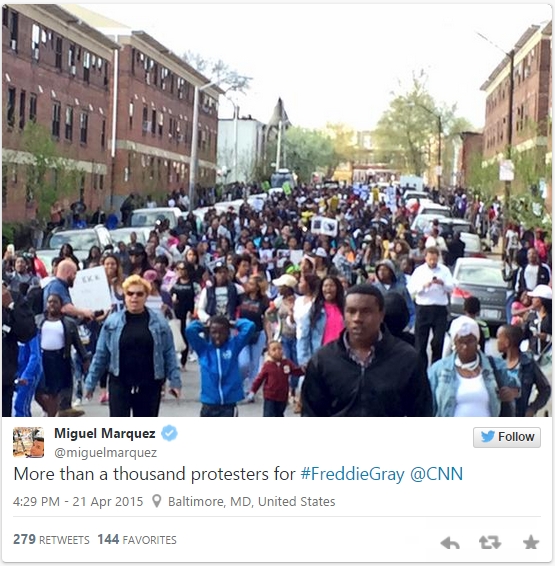 The Baltimore police suspended six officers involved and pledged an investigation into the circumstances of Gray’s death (the autopsy said he died of a spinal cord injury).

Marquez walked amongst the protesters to explain what was going on, but one of them grabbed the mic in his hands and started dropping f-bombs all over the place. And while it’s hard to make out some of what he says, he very clearly points to Marquez and shouts, “Fuck you!”


He continues, “Fuck that! Straight up! Fuck CNN!”

Previous Check out what the St. Louis Police Chief Tells Law-Abiding Citizens About Leaving Their Guns At Home

Next [AUDIO] Jeb Bush: NSA Snooping ‘The Best Part of the Obama Administration’