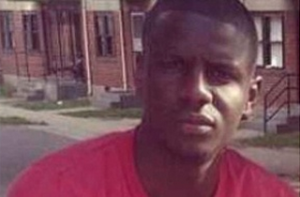 On Thursday the Baltimore police compared the demonstrators protesting the death of Freddie Gray while in Baltimore Police custody to a “lynch mob.”

“The images seen on television look and sound much like a lynch mob in that they are calling for the immediate imprisonment of these officers without them ever receiving the due process that is the Constitutional right of every citizen, including law enforcement officers,” the police said in a statement, per the Baltimore Sun.

The attorney for the Gray family was dumbfounded.

“We’ve been the victims of the lynching and now we’re the lynch mob?” he said. “The president of the police union called peaceful protests and the anger at the death of a man to severe and unfathomable injuries while in police custody a lynch mob? It doesn’t get more insensitive or insulting than that. These remarks illustrate why black people and the police don’t get along.”

Gray was stopped by Baltimore police two Sundays ago. At some point during his initial time in custody he spine was “virtually severed”; there are disputes as to how quickly the police sought medical treatment. Gray died Sunday from the injury. The six officers involved have been suspended, though the Baltimore PD still has not said how Gray incurred the spinal cord injury.