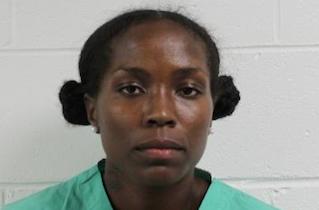 In a defiant and profane legal brief, Tamah Jada Clark ranted against a judge who dismissed her civil rights lawsuit, concluding, “Fuck this court and everything it stands for.”

Clark was angry that U.S. District Court Judge Willis B. Hunt dismissed her complaint over a 2010 arrest, in which Clark was pulled over with loaded semi-automatic weapons, allegedly en route to spring her child’s father from jail. Clark claimed she legally owned the guns and was not in the vicinity of the prison at the time.

Over the nine pages Clark calls Hunt “impotent” and a “castrated coward,” and his court a “panic-stricken hoe that has stolen money from her back-handing pimp.”

“Just for the record: you are a hoe,” she wrote. “This court is a hoe. And I will backhand you both, should you continue to waste my time.”

Clark said that the current federal government had superseded state authority, which the Founding Fathers had overthrown Britain to establish. She added:

That last word might actually get her in trouble. The full document can be seen below: