This is certainly one way to try to sell some papers: 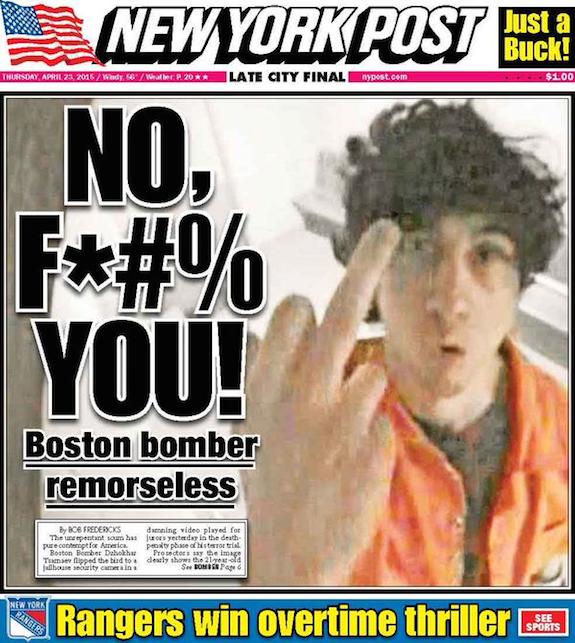 The photo, taken from Tsarnaev’s jail cell in 2013, was used by the prosecution to make the case that Dzhokhar Tsarnaev felt no remorse over the bombing of the Boston Marathon two years ago. A jury is considering whether to sentence Tsarnaev to death or life imprisonment.

Since lack of a remorse is one of the factors jurors can consider, the video could actually become a key piece of evidence as jurors decide whether to spare Tsanaev’s life.

And yes, this is actually him. Remember, this is the paper that settled a defamation lawsuit for misidentifying the bombers on a previous cover.