Former Baltimore Ravens linebacker Ray Lewis is speaking out in response to the recent riots in Baltimore. The disturbances Monday led to 202 arrests, 144 vehicle fires and 19 structure fires, according to city spokesman Kevin Harris, per CNN.com.

In a two-minute video posted to his Facebook page Tuesday, Lewis passionately asked the people of Baltimore to stop the destruction of the city.

ESPN released a statement from Lewis saying he won’t be attending this year’s NFL draft in Chicago, instead choosing to stay in Baltimore to help stop the violence:

“I felt that it was more important for me to stay in Baltimore and try to help the city I love. I greatly appreciate ESPN’s understanding and flexibility at this late date. I did not feel right leaving the city at this time.” 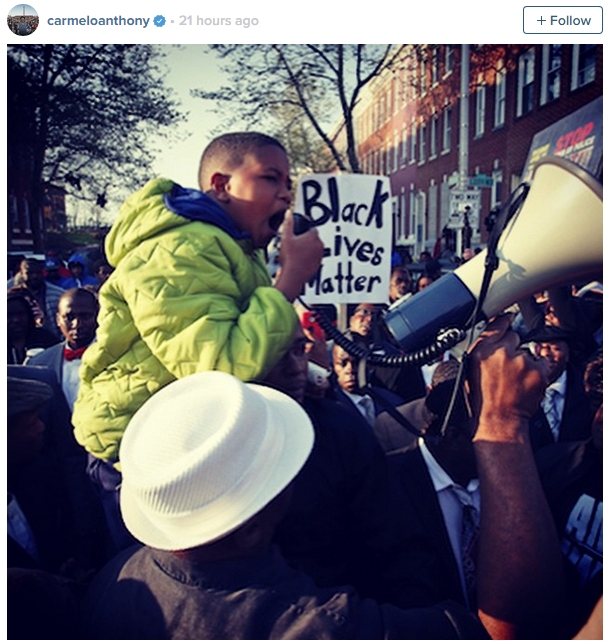 “We all want Justice. And our city will get the answers we are looking for. My deepest sympathy goes out to the GRAY Family. To see my city in a State of Emergency is just shocking. We need to protect our city, not destroy it. What happens when we get the answers that we want, and the media attention is not there anymore? We go back to being the same ol Baltimore City again. If not yourself, then Think about the youth. How this will impact them. Let’s build our city up not tear it down. Although, we want justice, let’s look at the real issues at hand. For example, When was the last school built in Baltimore? That’s just one example. I know my community is fed up. I’m all about fighting for what we believe in. The anger, the resentment, the neglect that our community feels right now, will not change over night. Continue, fighting for what you believe in. But remember, it takes no time to destroy something. But, it can take forever to build it back up. Peace7. #Thisonehitshome #BeMore#LetsNotFallForTheTrap “Please Understand What State Of Emergency Mean”(Destroy and Conquer)
#StayMe7o”