That is quite the rap sheet. Here are some things that you should know about Freddie Gray.

Heavy – Freddie Gray, who died a week after suffering injuries while in Baltimore police custody, had a lengthy criminal record, mainly for drug-related offenses, according to state court records. Police claim he was “involved in criminal activity,” prior to his arrest. 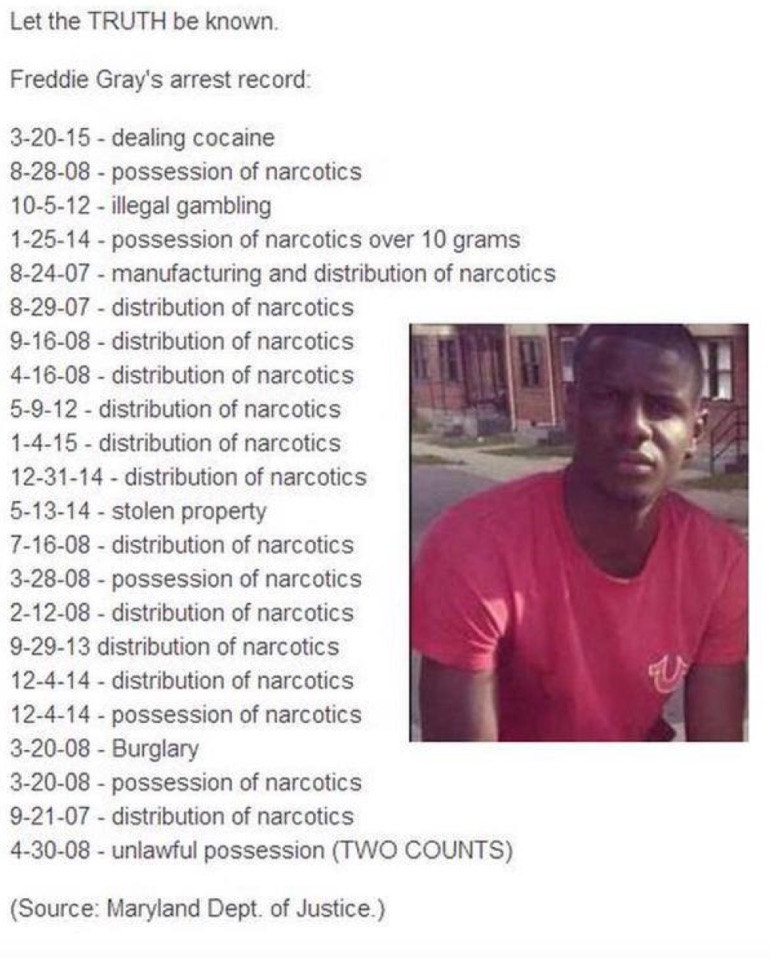 Gray, 25, died after spending seven days in a coma as a result of injuries he suffered while in the custody of city police, the Baltimore Sun reports.