There was looting and rioting on the streets of Baltimore Monday that left several police officers injured and caused the governor of Maryland to declare a state of emergency.

One woman, who many assume is his mother, saw one young man joining in with rioters, so she snatched him off the street and slapped him around on national television while yelling “What the fuck is wrong with you?” at him.

Multiple videos, all including strong language, of the incident have surfaced. 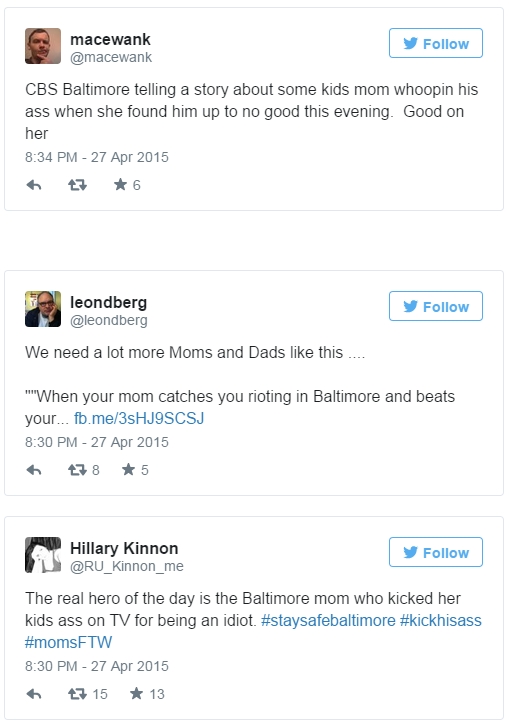