A young man who cut a fire hose Monday as firefighters attempted to save a CVS may now be identified.

As reported by The Daily Caller, CNN cameras caught the sabotage of the fire department’s equipment by a rioter wearing a gas mask who slashed the department’s hose with a knife.

The CVS store was previously looted before the fire devastated it. All the employees and customers made it out safely before rioters busted in and caused havoc, CNN reported. 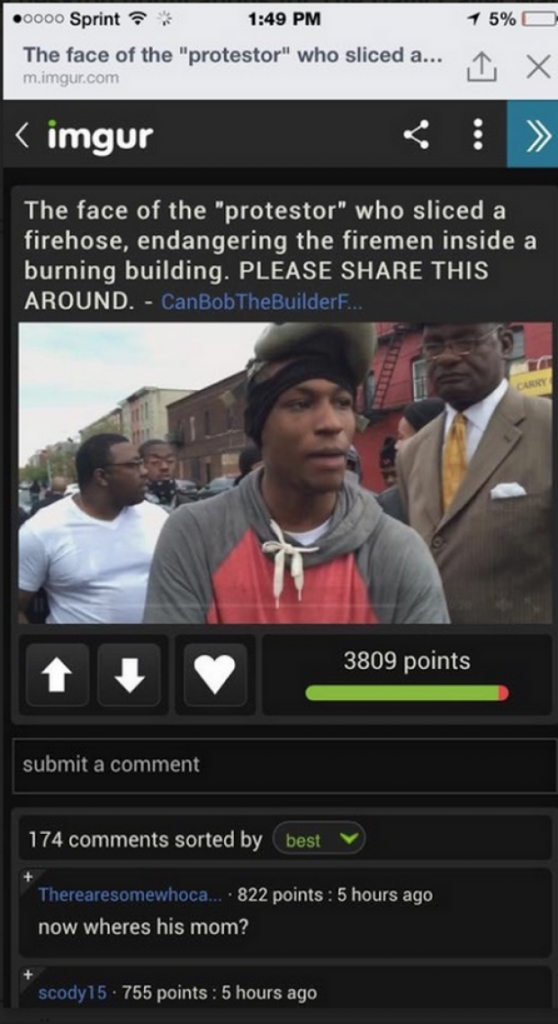 Next VIDEO: Here's How Michael Jackson Calmed The Baltimore Riots