Baltimore State’s Attorney Marilyn Mosby told reporters Friday that her office’s investigation, coupled with a medical examiner’s determination that Freddie Gray’s death was a homicide, led her to determine there is probable cause to file criminal charges. She didn’t immediately say who would be charged; a news conference continues.

Mosby said Friday that three Baltimore police officers illegally arrested Gray on April 12. She also said that a knife that Gray had was not illegal. 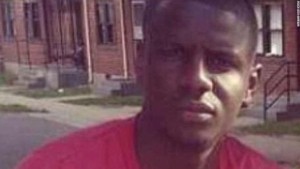 Frustrated by what they consider an unsatisfying trickle of answers, those angry over the death of Freddie Gray plan protests from coast to coast Friday.

At least four rallies or marches are planned in Baltimore alone, with other demonstrations scheduled in Chicago, New York, Seattle, Dallas, San Francisco and Oakland, California.

The mother of Trayvon Martin, the African-American youth killed in 2012 by neighborhood watch volunteer George Zimmerman, plans to attend one of the Baltimore rallies, the Rev. Jamal Bryant of Baltimore’s Empowerment Temple said in a tweet.

Authorities pleaded for patience Thursday after police said they’d finished their investigation but wouldn’t publicly release their findings. Police turned their files over to prosecutors. 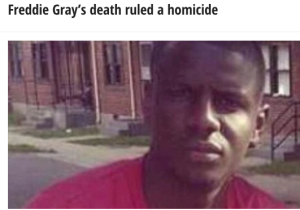 “We ask for the public to remain patient and peaceful and to trust the process of the justice system,” Baltimore State’s Attorney Marilyn Mosby said Thursday.

For the most part, that patience held Thursday night. Marches were peaceful in Baltimore, although police in Philadelphia clashed with protesters as officers tried to prevent them from blocking a highway.