A severed piece of ear with a diamond stud in it was found lying on a town centre street after a late night fight broke out between partying revellers.

The gruesome discovery was made by police following the brawl in Huddersfield, West Yorkshire on Sunday night.

Concerned detectives say there is one man in the town still missing a piece of his ear – as no one has come forward to claim it – and are looking to trace him. 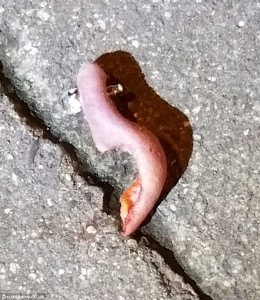 A grisly find: Police made the gruesome discovery of a piece of severed ear in Huddersfield, West Yorkshire. It was found after revellers broke into a fight on Sunday night while partying in the town centre

Despite suffering the horrific injury and losing a lot of blood, the man is thought to have fled the scene, leaving detectives worried he hasn’t sought medical help.

The ear is believed to have been bitten off as a fracas broke out at 9.20pm in the town centre.

When police arrived at the scene in King Street the victim had left. Despite extensive enquiries he is yet to be traced.

Two men aged 37 and 45 have since been arrested on suspicion of wounding.

Bartender Ashley Haigh, 35, said the fight, between two groups of men, was broken up by bouncers and those involved left the area.

Mr Haigh described the men involved in the fight as ‘drunk but not aggressive’ and said a lot of people had been out in the town all day after watching the boxing match between Floyd Mayweather and Manny Pacquiao yesterday morning. 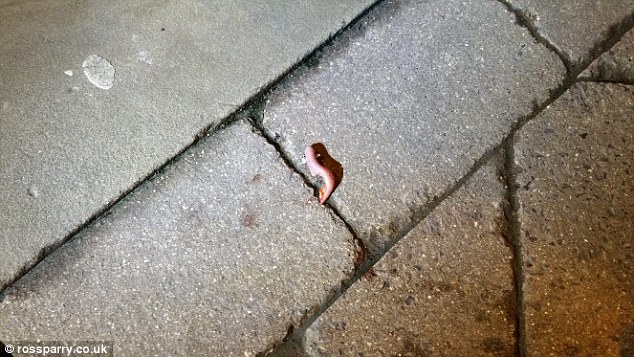 Concerned: The owner of the piece of ear is thought to have fled the scene following the fight at 9.20pm. Detectives are worried he hasn’t sought medical help having lost a lot of blood

He said someone told him there was an ear on the floor and he went to take a photograph.

‘I thought why hasn’t someone got this?,’ he said. ‘It’s not what you expect to happen.’

Mr Haigh said police arrived around half an hour after the fight and took the ear away in a sandwich bag.

Det Insp Ian Thornes, of Huddersfield CID, said: ‘This person has suffered a serious injury during a street disturbance during which the top part of his ear has been bitten off.

‘The severed part of his ear was recovered from the scene containing a diamond stud. 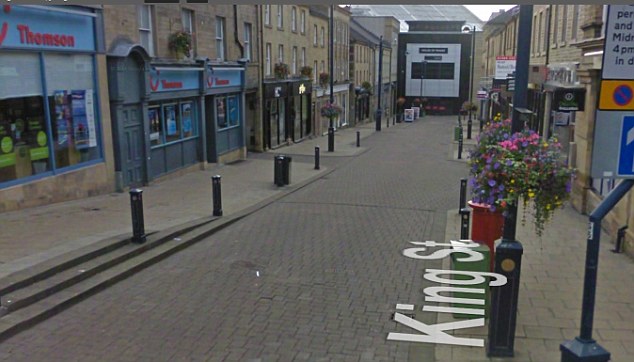 The search continues: When police arrived at the scene of the brawl, which broke out in King Street (pictured) in Huddersfield town centre, the victim had left. Despite extensive enquiries he is yet to be traced

‘Checks have been carried out and it would appear this man has not been treated at hospital despite suffering significant blood loss which was noted at the scene.

‘It is imperative he seeks medical attention and gets in touch with us.’

Police are urging the victim to seek medical help immediately and believe the attack would have been witnessed by party-goers enjoying the Bank Holiday weekend.

They are keen to speak to anyone who saw what happened.

Det Insp Thornes added: ‘We are treating this incident as isolated. We would urge anyone who witnessed the incident or the aftermath to get in touch.’