If you needed a reminder as to why drinking and texting is dangerous, look no further than Florida woman, Mila Dago, who is facing multiple charges after getting wasted, sending texts to her ex about driving drunk, crashing her car into a truck and killing one person.

The suspect is 22-year-old Mila Dago, who ran a red light on August 14, 2013, and clipped a truck with her rented Smart Car. Dago and the truck’s driver survived the crash, but Dago’s friend and passenger wasn’t so lucky. 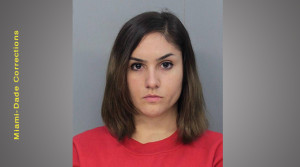 In the hours leading up to the accident, Dago and her friends had been partying hard, trying to get Dago’s mind off her recent breakup.

Amidst the bar hopping, Dago even sent off a bunch of cringe-worthy texts to her ex, saying things like, “Drunk driving woo” and “I’ll be dead thanks to you.”


Three minutes after sending the last message, Dago crashed into the truck. 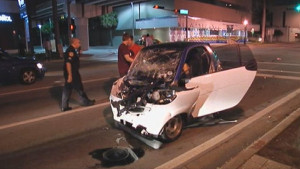 Even two hours after the accident, the driver’s blood alcohol level was .178, which is more than twice the legal limit in Florida.

Dago pleaded not guilty to DUI manslaughter, vehicular homicide and two counts of DUI with damage to a person.