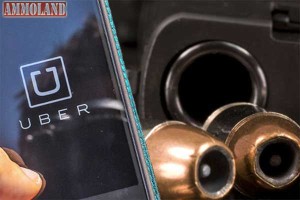 Did you see the story about the Uber driver who shot a man in Chicago’s Logan Square on Friday evening, April 17 2015?

The story blipped across newspapers and TV screens on Monday, but little has been heard about it since.

The unidentified driver of an Uber ride-share car was parked when he saw a young man across the street open fire on a group of pedestrians. The Uber driver jumped from his car and fired at the attacker, hitting him in the legs and back. No one else was injured.

This is exactly the sort of story that Moms Demand Action for Gun Sense in America founder Shannon Watts keeps insisting never happens.

That it happened in Chicago, where until recently, thanks to multiple lawsuits from citizens and rights organizations, possession of a handgun in one’s own home, much less out on the street, was totally prohibited, adds another interesting angle to the story.

The fact that the hero in this story was one of the few who have successfully gone through the complex, expensive, and invasive process of acquiring the necessary government permission slips to legally carry the gun, and that he actually had it when and where he needed it, should be particularly newsworthy. If this story had happened in Phoenix, where concealed carry is routine, and where citizens aren’t required to have any sort of permission slip to exercise their right to arms, it probably wouldn’t have been reported nationally at all. Even so, the short shrift given the story by local and national news media reveals why the public is so misinformed about defensive gun use.

“If it bleeds, it leads.” Carnage and controversy attract eyeballs to newspapers, TV news, and increasingly, to web sites. Crimes that don’t happen, or are stopped before reaching the requisite level of carnage, don’t attract much media attention, even when it’s clear that many would have been injured or killed had the armed citizen not been present and prepared. Chicago, with its long history of repressive gun laws and high crime rates, added just enough uniqueness to the story to capture a little bit of national attention, but even that was brief and sketchy. A full week later, we still don’t know much beyond the description above. We’ve been told the attacker’s name and that he lived near the area of the shooting, but still have no idea about his background, his motives, or the targets of his assault. It’s been reported that he used a shotgun, but we don’t know where he acquired the gun, which he illegally possessed and used in the attack, or whether he might have had an accomplice.

Was his attack a random act? Was he planning to kill as many people as possible before taking his own life or being killed by police? Was he a gang member settling a grudge or trying to prove himself a tough guy? Did he have a criminal record or a record of mental illness? We still don’t know.

In addition to the remarkable lack of curiosity about the story itself, the editorial writers and analysts have been remarkably quiet. No editorials have pointed out the waste of millions of tax dollars spent by the city and state fighting the lawsuits that restored some rights. No Big Media analysts have pondered the number of lives that were saved by a mere “civilian” with a gun who happened to be in the right place at the right time.

The truth is, the vast majority of Big Media opposes the very concept of the right to arms.

It isn’t just the lack of carnage that keeps these stories out of the news. Reporters, editors, producers, and publishers have personal biases against guns and armed citizens, and they don’t like reporting stories that conflict with their agenda. Stories of successful defense against armed criminals happen every day around this country, but they are rarely reported beyond the local ZIP Code because they don’t fit the narrative that the media elites prefer to promulgate. 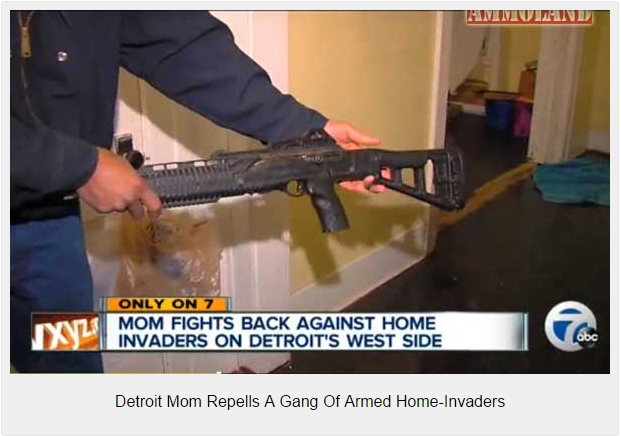 Over the past year I participated in a project collecting some of the most compelling stories of armed self-defense by civilians into a feature we called “The First-Responders Report.” We pointed out that it’s people like the unnamed Uber driver in Chicago, the mom in Detroit who repelled a gang of armed home-invaders, and the Pennsylvania psychiatrist who stopped a murderous rampage in a hospital, who are the true First-Responders. Police usually don’t show up until well after the crime has been committed, but victims, potential victims, and bystanders, are the first in the line of fire, and the first with an opportunity to stop or mitigate the severity of the crime.

In each edition of “The First-Responders Report,” we document the facts of the incident, and a local news source that reported on the matter. You would think that a feature like this, which is very popular among readers, would generate enough interest to a newspaper publisher to pay for the right to publish it, but the only way we have been able to get the feature published in a major newspaper is to pay thousands of dollars for the space and label it as an advertisement. We’ve run five editions of the report in USA Today in the Washington, D.C. area so far. You can read “The First-Responders Report” online at www.GunLaws.com.

Meanwhile, the Dart Center for Journalism and Trauma, a project of the Columbia Journalism School, is hosting a 3-day workshop in Phoenix next month, sponsored by Mike Bloomberg’s Everytown for Gun Safety. All indications are that the workshop is designed to teach journalists how to be more effective at spreading anti-rights propaganda “in an ethical way.”

No wonder the public has lost confidence in the media.

Next MOMS DEMAND: Lets Teach Kroger a Lesson, But Kroger Profits Up After NOT Banning Guns