The editorial board of the New York Times (NY Times) quoting from an analysis also in the NY Times, Titled: “1.5 Million Missing Black Men,” seized upon the recent spate of highly publicized, “white cop shoots black.” The article was titled “Forcing Black Men Out of Society.” (April 25, 2015)

In factuality it was nothing more than a treatise using statistics to oppose punishment for the great number of blacks who act out anti-social criminal behavior. 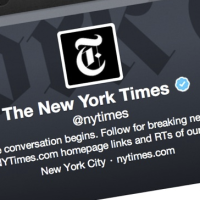 The NY Times article stated: “More than one in every six black men in the 24-to-54 age group has disappeared from civic life, mainly because they died young or are locked away in prison. This means that there are only 83 black men living outside of jail for every 100 black women – in striking contrast to the white population, where men are about equal in numbers.”

The article continued: “This astounding shortfall in black men translates into lower marriage rates, more out-of-wedlock births, a greater risk of poverty for families and, by extension, less stable communities. The missing men should be a source of concern to political leaders and policy makers everywhere.”

And therein you have the rub. The comment at the end of the previous paragraph pursuant to who should be concerned defines the purpose of the article. The article is intended to provide validation for politicians advocating: 1) reward for bad behavior; and/or 2) reward for lack of personal responsibility. But in either case the conversation will include generous references to the NY Times as if same is the singular authority for all things black.

Par for the course of a white uber-liberal editorial board (of the newspaper that amounts to nothing more than mouth organ for all things antithetical to traditional America), the NY Times assigns blame instead of personal accountability.

The idea that death and imprisonment are the contributing factors for blacks being at the top of every quantifiable list that is negative is an affront to reasonable minds. White neo-Leninist liberals and black race-mongers combined with excuses for malevolent behavior is the real problem.

Blacks are quick to point out that they have been in America 400 plus years. I ask, then exactly when do they plan on embracing modernity? Japanese, Africans, Vietnamese, Irish, Italians, Mexicans, political refugees, and illegal aliens, to mention but a few, have come to America and succeeded. Blacks who have been here 400 plus years are undereducated, underemployed, reportedly have little to no wealth to pass on, ad nauseum while all other population groups come/came here and succeeded. All the while blacks are demanding government handouts and blaming white people.

The NY Times editorial board called blacks too stupid to be personally responsible and you can bet every news outlet will at some point parrot the NY Times article. The NY Times in effect said that blacks are beneath animals; that they have no control.

The reasons the NY Times editorial board give for the pandemic of black out-of-wedlock births, broken homes, low marriage rates, poverty, etc., should be insulting to blacks, not heralded as keen observation.

The problem with blacks is the lack of personal responsibility and accountability. In less than 50 years blacks have gone from Duke Ellington, personal pride, and ambition to memorializing Tupac Shakur, gangsta’ rap, pants hanging off their behinds as a cultural statement, Erebusic commonality, foul mouths, small minds, and a rejection of modernity.

This is not a statement that demands keen observation and in-depth study. It demands honesty and common sense; apparently two things lacking in the NY Times editorial board.

The NY Times piece was nothing more than the continuation of attempting to explain away impropriety juxtaposed to confronting it as inappropriate and self-defeating. Liberals love to make excuses for irresponsibility and zero accountability. The end result of same is what we witness today.

Blaming the collapse of manufacturing, low-skilled jobs, the “war on drugs” and mass imprisonment as primary causal factors for dysfunctional black homes is like blaming Jupiter for a bad wheat harvest.

The mentality behind the NY Times article was staggeringly bigoted and racist. The editorial board in no uncertain terms told the world that blacks are capable of working only at low-paying entry-level jobs and that blacks are not capable of behaving in culturally acceptable ways unless said culture is consistent with neo-Neanderthalism.

When one parses the NY Times editorial board’s unabashed opinion of blacks it leaves no questions as to why they malign Americans such as myself, Justice Clarence Thomas, and other conservatives of color as unacceptable. These liberals despise independent thinking morally responsible persons of color. They want persons of color to be beholding to them vis-a`-vis government for their daily bread.

The tragedy is that not enough blacks grasp this truth. Neo-Leninists view freethinking self-determining persons such as Dr. James David Manning, Rev. Jesse Lee Peterson, Larry Elder, and myself as threats.

We are threats because we and those such as ourselves have achieved sans affirmative action and prostituting our melanin content. Independent thinking threatens their control over those they keep as chattel.