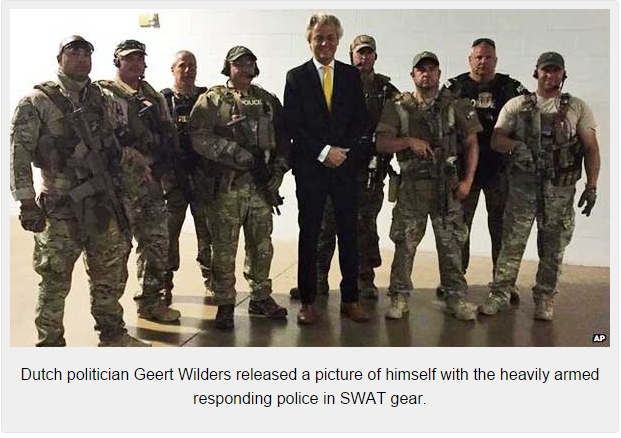 This is TEXAS, not France!

After the shooting near Dallas, ISIS immodestly tweeted: “They thought they were safe in Texas from Soldiers of The Islamic State.”

As it turned out, their overconfident boasting was premature. They obviously thought this attack would be successful, and many innocents would be slaughtered, as usual.

They apparently got TX mixed-up with France!

Last January, ISIS murderers attacked, in a similar way, and for similar reasons, the Charlie Hebdo office in Paris, France. Unarmed victims there were slaughtered wholesale. No police protection and no armed citizens. 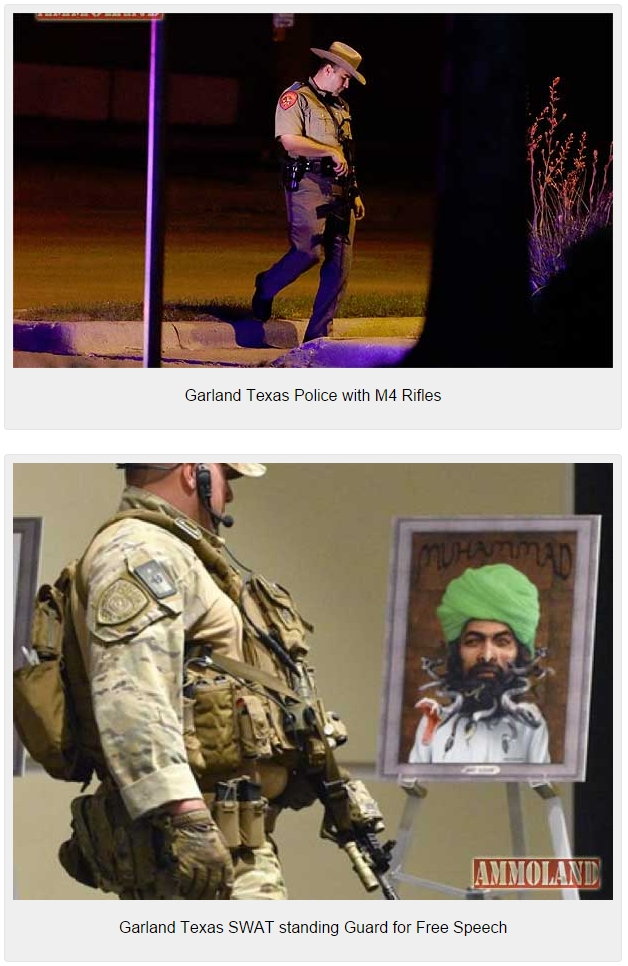 This time, ISIS murderers were effectively engaged by heavily-armed police moments after their attack began. The attack was thus nipped in the bud! Both would-be murderers were killed instantly.

In the aftermath, police openly armed with M4s were seen securing the area.

No “unarmed victims” this time!

Texans have shown the rest of us how to correctly deal with Islamic terrorists! They’ve also shown us how to fearlessly exercise our First Amendment Rights as Americans.

I trust these important lessons are not lost on our legions of VBCs (Victims, by Choice).

“Who insist on being sheep had better resign themselves to being regularly sheared, and ultimately slaughtered!” ~ Anon

Next WHY Would A School Suspend A Girl For Advocating Abstinence And/Or Condoms In Sex Ed Class?