Can anyone recall what happened when Ferguson, Missouri, police officer Darren Wilson was acquitted in the death of Mike Brown after he was viciously attacked while sitting in his police cruiser? Riots broke out and even his parents were caught on video screaming “burn this motherf*cker down!”

Can anyone recall what happened in Baltimore, Maryland, recently when a known thug by the name of Freddie Gray died while in police custody? Riots broke out resulting in damage for which estimates have yet to be released as well as more than 10 police officers were injured with at least one officer losing his life. 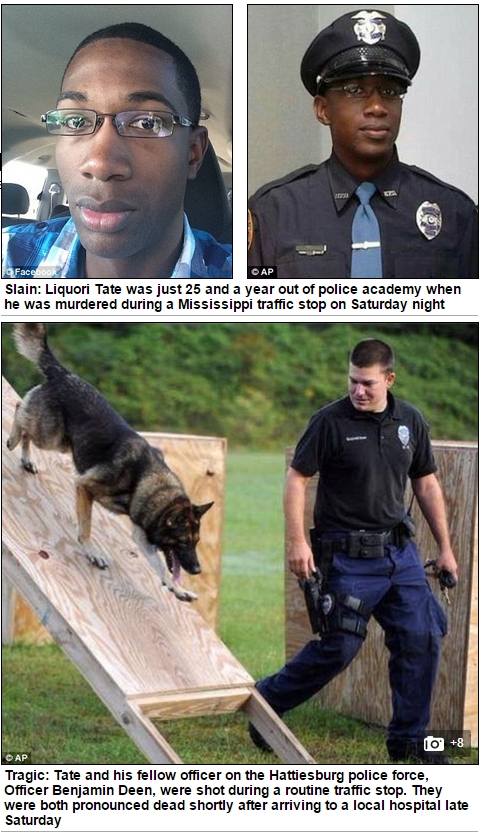 A law enforcement official says three people have been arrested and two of them have been charged with capital murder in the fatal shootings of two Mississippi police officers during a weekend traffic stop in Hattiesburg.

Police say the men, along with Calloway, were in a gold 2000 Cadillac Escalade when they were pulled over by one of the officers in an industrial area of Hattiesburg at 8:30pm.

The second officer arrived as backup when shots were fired.

The officers were discovered by Tamika Mills and Pearnell Roberts when they drove by.

“As we were coming down Fourth Street, we noticed a bunch of lights. As we came on through, [Roberts] told me to turn around because she saw somebody laying on the ground.

He wasn’t all the way alert but he asked her, “Am I dying? I know I’m dying. Just hand me my walkie-talkie.”

You and I both know there isn’t a snowball’s chance in hell that any of the aforementioned will happen. Why? Because it doesn’t fit the agenda of racial division in America.

Our thoughts and prayers go out to the men and women of the Hattiesburg PD, as well as to the friends and loved ones who are affected by this tragedy.