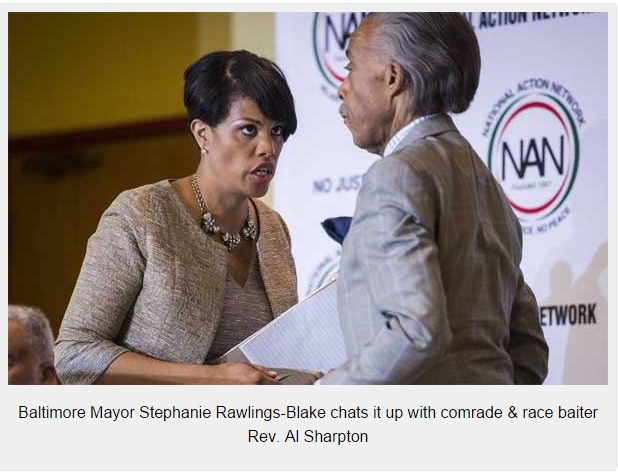 To leftists, facts never matter. Neither does decency nor righteousness. What does matter is the seizure of power and forced advancement of leftist ideology upon an unwilling citizenship.

On Friday, Baltimore’s “mayor” indicted her entire police dept, putting them all on notice that she was bringing in the Feds to see which of them she can arbitrarily throw out, or into prison. “Early retirements” and precipitous resignations from the PD have spiked.

Cynically catering to rioters, the local prosecutor threw a wad of redundant charges at all six officers who were in the vicinity of the Freddie Gray incident. Most of these charges are ridiculous and will be quietly dropped when no one is looking. Officers go through a nightmare in the interim. She clearly identifies her sole motivation as an attempt to please the mob.

In public speeches of both of these amoral leftists, never a single word of sympathy for burnt-out business owners and others whose property was destroyed by unstrained rioters. Like all leftists, they look upon these “rotten capitalists,” as the enemy, for whom they will never have empathy, nor understanding. No sympathy for injured police officers either.


Rather, every gushing bit of sympathy was lavished upon rioters, some bussed-in just for that purpose, few of whom work for a living.

He said: “There are no morals in politics; only expedience.”

Among modern leftist politicians, that is surely the case.