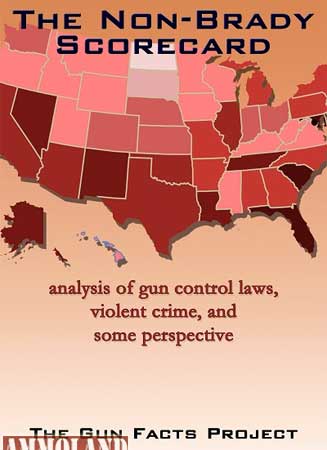 Every year the Brady Campaign produces their State Scorecard, ranking which states have the “strongest gun laws.”

Every year, we prove there is no correlation between what Brady thinks is a good gun control law and violent crime.

This year, we decided enough is enough. To end the ongoing canard called the Brady Campaign State Scorecard, we embarked on a preliminary study of the effectiveness of gun control and gun rights legislation, to see what has an effect on violence.

The Brady Campaign will not be happy. After performing some high-level statistical analysis on a roster of laws, we found that:

In our review, we went broad. We identified several major categories of legislation and evaluated them not only in groups, but the individual laws therein.

Unlike the Brady Campaign State Scorecard, we created a scoring system based on a hypothesis, not merely a legislative wish list. In this we looked for a model that that would show non-random correlations between a law and a drop in violence. Using a +5 to -5 scale, we assigned each law a score based on the hypothesis that self-defense is a factor in reducing violence (you would have to work for Michael Bloomberg to think otherwise) and that restricting choice and availability of firearms impedes self-defense.

All the details from this inaugural Non-Brady State Scorecard are in our monograph, available on Amazon.com. It is in Kindle format, which you can read on nearly any device – iPads, iPhones, Android tablets and phones, PCs, Macs and, yes, your Kindle reader. 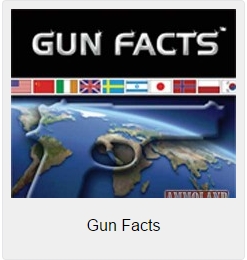 Gun Facts debunks common myths about gun control. It is intended as a reference guide for journalists, politicians and anyone interested in learning about gun control facts and restoring honesty to the debate about guns, crime, and the Second Amendment. Read in in more than 165 countries around the globe, Gun Facts is your reference guide to bringing truth to the gun control wars and making elected leaders obey. http://www.gunfacts.info