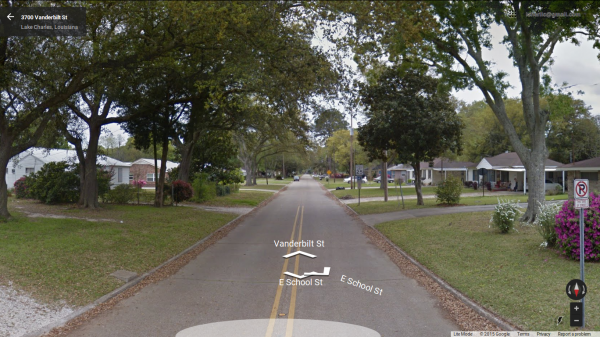 On the 23rd of April, an alert neighbor stopped an ongoing crime spree by shooting a burglary suspect in the leg, allowing police to apprehend the suspect.   While the situation is still under investigation, it appears that the shooting was justified, given the facts reported.   From the Lake Charles Police Facebook page: 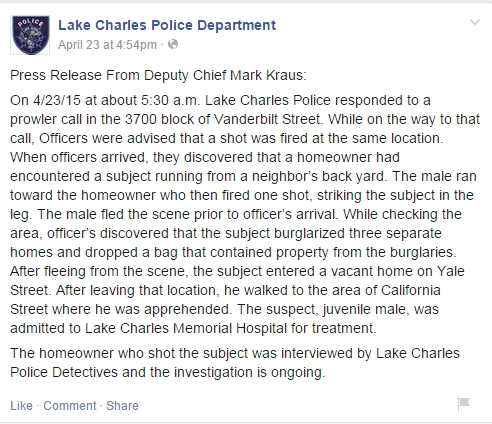 Burglars are seldom caught in the act by police.  There are simply not enough police to do so.   Burglars are much more likely to be surprised by a homeowner or neighbor.    Most burglars are young males.  In this case the suspect is a juvenile.  They can be particularly dangerous, as they may not have yet learned how little they need fear the criminal justice system.