Threats against London are surfacing on ISIS forums and social channels with supporters of the extremist group sharing images of rifles and other weapons in the seat of a car.

It’s unclear if the threats are legitimate or where the people posting them are located. The accounts disseminating the threats have shared ISIS propaganda in the past. Scotland Yard said was aware of the threats.

The supporters are using the hashtag #LondonAttack. The threats come a week after ISIS-inspired extremists attacked a convention center in Texas where a “free speech” group was sharing cartoons of the Prophet Muhammad. Before that incident, one of the attackers tweeted using the hashtag “#texasattack.”

This is a developing story. 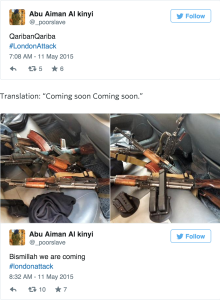 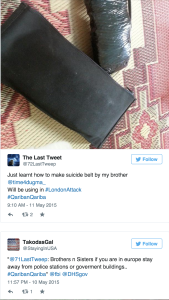 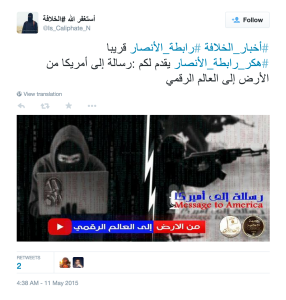 Next [PHOTOS] Jailbird Brags about Cushy Life Behind Bars on Facebook. 'Livin' the Dream'......