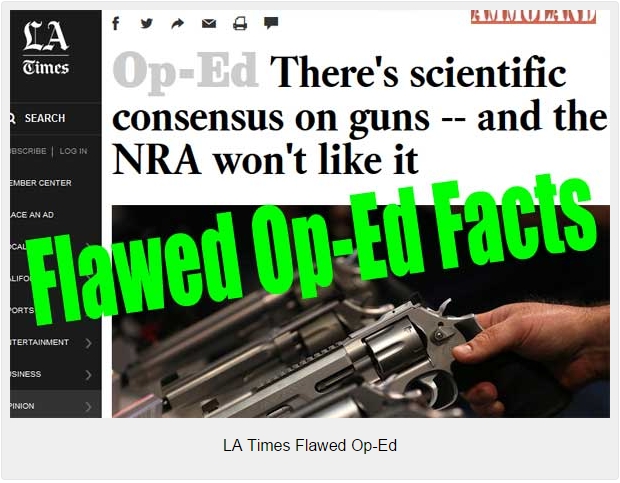 David Hemenway wrote an op-ed that was originally published in the Los Angeles Times and then picked up in many other newspapers.

The Los Angeles Times was unwilling to publish a letter that the Crime Prevention Research Center (CPRC) sent in, but the Wisconsin State Journal did publish the letter in their Sunday, May 3rd 2015 paper.

Survey In Gun Column Was Incomplete

David Hemenway’s guest column last Sunday, “Scientists reach consensus on guns,” claimed a consensus on gun research based on a survey he conducted. But he conveniently fails to mention that another similar survey of peer-reviewed researchers was released two months ago.

That survey found the exact opposite. Gary Mauser, a professor who specializes in polling at Canada’s Simon Fraser University, conducted it for the Crime Prevention Research Center. Mauser surveyed 53 economists who published in the area over the last 15 years. Among the questions: an overwhelming number — 83 percent — noted guns are more likely to be used in self-defense than in crime. Further, 74 percent said concealed handgun laws reduce murder rates and 69 percent said guns in the home don’t cause more suicides. Also, 83 percent said gun-free zones attract criminals.

Hemenway fails to note that the people he surveyed only had to mention “firearms” in their research. They didn’t have to actually conduct empirical work on guns. There were also problems in the recording of his responses. For instance, I was supposedly one of the researchers surveyed. Yet, my responses weren’t recorded. When I emailed Hemenway about this technical problem, my emails were ignored.

More information on our survey is available here (the original survey), here (an op-ed at Fox News by John Lott (note that unlike Hemenway, Lott doesn’t hide the other poll)), and here (some news coverage in the Washington Times where David Hemenway was interviewed about our survey).


Question to readers: given that Hemenway was obviously familiar with Professor Mauser’s survey of academics that was released in February (after all he was interviewed in a news story about the survey and had earlier been sent a copy of it in February), why didn’t Hemenway address it at all?

Why not explain why his survey was superior and superseded that survey?

In addition, there were other mistakes in Henenway’s op-ed. For example, while he claims that 150 people answered the survey, some responses are as low as 85 or 96. The numbers are less than 122 for all but two. The 150 responses was true for only one question, but he makes it look like that was true for all of them.

The comments on our letter to the Wisconsin State Journal are available here. 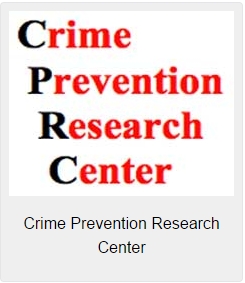 
Previous SHOCKER: Lawsuit Filled Over C-Section Allegedly Performed on 16yo Girl.... That Was Not Pregnant! VIDEO