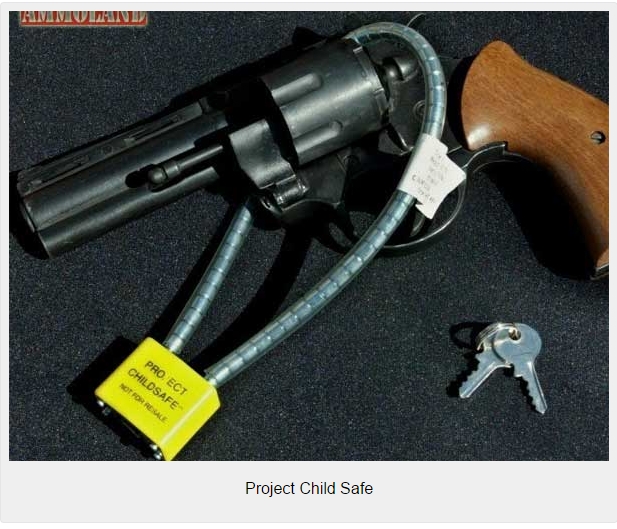 On May 4 2015, Everytown for Gun Safety released a study on children who find and shoot others with guns that are “unsecured” or improperly stored.

Problem : the study includes injuries that have nothing to do with “unsecured guns.”

For example, the study includes an incident that took place in the state of Vermont while a boy was target shooting with his father. Everytown’s summary for the incident is as follows:

A six-year-old boy was target shooting with his father in their backyard when his pistol jammed, he lowered the gun to waist level, and it discharged, hitting him in the lower leg. His father took him to a local hospital, where he was treated for non-life threatening injuries.

That incident has zero to do with an unsecured gun. It’s a father and son enjoying time together when an accident occurred, and it was an accident with non-life threatening injuries.

But there’s more. Another incident in the study was of an 8-year-old who was struck by a bullet that ricocheted and hit him in the chest while he was target shooting with his family. Everytown summarized the event thus:


An eight-year-old boy was at target practice with his father and older brother when a bullet ricocheted back, striking the eight-year-old in the chest. He was treated at a local hospital for non-life threatening injuries.

Again, that has nothing to do with “unsecured guns,” and the boy suffered “non-life threatening injuries.”

Another example in the children and “unsecured guns” study is that of a 17-year-old who was carrying a gun and shot a friend with it. Everytown’s summary of the incident is as follows:

Seventeen-year-old Darius Pike told police that he unintentionally shot and wounded his 14-year-old friend while playing with a handgun at a playground. Pike was arrested and charged with reckless conduct and possession of a handgun by a person under 18.

This incident also has zero to do with an unsecured gun. Rather, it is underage possession of a gun, which is a criminal offense.

One more example, Everytown actually included the conduct of a felon, illegally in possession of a gun to begin with ,in their study:

Three-year-old Ta’Riyah Davis was playing with her four-year-old brother when the boy retrieved a .38 caliber revolver and unintentionally fired it, hitting her in the chest. Davis underwent surgery but fully recovered. The gun belonged to the children’s father, Jessie Ross III, 26, who is a convicted felon. He initially denied any knowledge of the gun but later said he was holding it for a friend.

By lumping in these examples, and others like them, Everytown was able to manufacture “at least 83 Child Shootings” so far this year. But as we’ve seen from the few examples above, some of the “Child Shootings” involved a 17-year-old committing a criminal offense, one involved a felon illegally possessing a gun, and others involved children who where enjoying target shooting with their families when a non-life threatening accident happened.

The last time Everytown released a study this flawed was December 9, 2014, when they released a list of “100 school shootings,” and Breitbart News discovered some of the shootings had not even happened.