There is one thing that you can bet on that’s as certain as sunrise and sunset and that is if one or both of the police officers who were murdered Hattiesburg, Mississippi by the lowest form of black garbage, had fired first and killed one of those pieces of filth, Obama, the New Black Panther Party, and their minions would claim it showed police were out of control and hunting blacks for extermination. 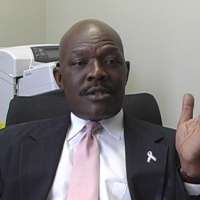 I’m speaking of the two police officers brutally gunned down in cold blood in Hattiesburg, Mississippi early Sunday morning. Officer’s Benjamin Deen and Officer Liquori Tate were murdered during what the public would call a routine traffic stop.

This proves a point I made in 1999 and that is there are no routine traffic stops. Black people are quick to whine, cry, and boo-hoo police officers treating them with suspicion and caution during the most basic encounters with police. Blacks cry foul and say police are racist because they disapprove of the way they were questioned when they were stopped, or they complain that a police officer had his hand on his side-arm when he approached their vehicle. But the murders of Officers Deen and Tate clearly show what police are up against.

Obama’s new attorney general Loretta Lynch, who is nothing more than a female Eric Holder, has like Holder has proudly announced a Justice Department investigation; this time into the death of life-long career criminal Freddy Gray of Baltimore.

What special steps will be taken in murders of Officers Deen and Tate? What justice can Deen’s wife and his two children expect? Will blacks march and riot over the murder of Officer Tate? Will Eric Holder and the New Black Panther Party go to Hattiesburg and demand brothers Marvin and Curtis Banks, and Joanie Calloway be treated with the same kind of accusatory prejudice and bigotry they demanded in the case of Trayvon Martin, Michael Brown and Freddy Gray?

Will the media blather on endlessly about “African-Americans” gunning down a white and a black police officer? Will CNN have a line of guests who say the police should go on strike until they are able to deal with trash like this free of the rhetoric they suffered in the Michael Brown and Freddy Gray cases who were shot by enough white officers to cry racism?

Just what can we expect from the very same people who have been protesting and pontificating for the past two years about how police officers are unfair to blacks?

Blacks cannot have it both ways. They cannot cry foul when a law enforcement officer shoots or kills a black hoodlum and sit on their lips when the same kind of trash murders police officers. I think it fair to ask what song the black Hattiesburg police chief would be singing if the two murdered officers had shot and killed a black thug?

That said, the one thing we can say is the timing is perfect because it allows us to point to the cold-blooded police murders by blacks in Hattiesburg while the “polyps” masquerading as human life forms protest police injustice.

The murders of Officers Deen and Tate will also prevent the jackbooted thugs of the Obama Justice Department from acting one way in Baltimore and another in Hattiesburg.

I predict that apart from me there will be very few who find the murders of Officers Deen and Tate worth reporting on in any depth. After all, it was just three niggas killin da po-po (that’s Ebonics for police for those liberals not up on same), it wasn’t like a white pig killing an “African-American.”

Next Pam Geller Is An American Hero