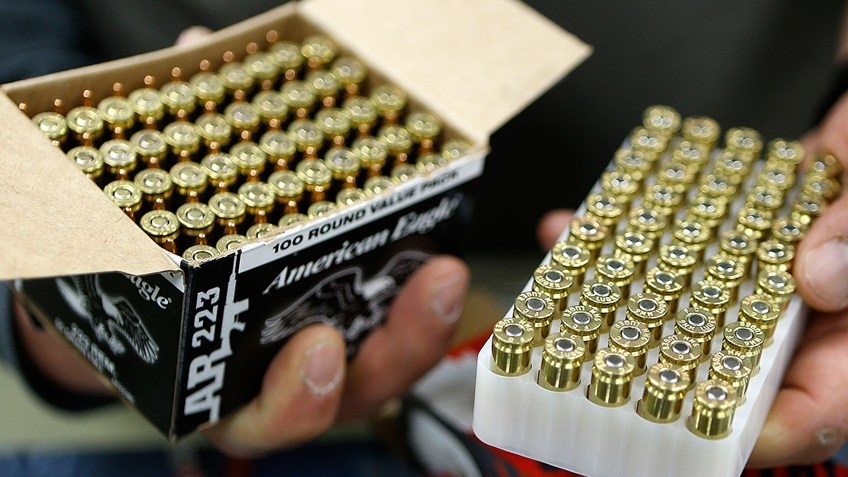 On May 12, 2015, Rep. Bonnie Watson Coleman (D-N.J.) introduced H.R. 2283 or the Stop Online Ammunition Sales Act of 2015. According to a report from The Hill (full text of the legislation has not been received by the Government Publishing Office at press time) the bill would require that ammunition sellers be federally licensed, that online ammunition purchasers show a photo identification in-person at an “authorized dealer” in order to take receipt of their orders, and that any purchases of more than 1000 rounds made within five consecutive days be reported to the Attorney General.

This retrograde plan ignores the federal government’s past experience with regulating ammunition sales. The Gun Control Act of 1968 imposed similar regulations on ammunition sellers and purchasers. Ammunition buyers were required to sign, and ammunition sellers required to maintain, a ledger of pistol-caliber ammunition purchases. In 1982, Congress exempted .22 rimfire ammunition from this burdensome regime, and with 1986’s Firearms Owners Protection Act the requirement was fully repealed.

In 1986, even the Bureau of Alcohol, Tobacco and Firearms admitted the failure of federal ammunition regulation. In a February 10, 1986 BATF memo that made it into the House of Representatives hearings report on the Firearm Owners Protection Act, BATF Director Steve Higgins lists the elimination of “Ammunition Licensing and Recordkeeping” as one of the “Positive Aspects” of the bill. The memo states, “The Bureau and the Department have recognized that current recordkeeping requirements for ammunition have no substantial law enforcement value. In addition, their elimination would remove an unnecessary recordkeeping burden from licensees.”


According to The Hill, Coleman’s communication director, Courtney Cochran, explained the reasoning behind the legislation as attempting to detect “[i]f someone is trying to stock pile ammunition for a malicious reason.” The more likely outcome, however, is that criminals would simply work around this inconvenient hurdle (through straw purchase and the like) to operate undetected. Meanwhile, legitimate high-volume shooters who economize by purchasing large quantities of ammunition at a single time would be effectively registered with the federal government as owing firearms of that caliber.

NRA-ILA will work to halt this regressive legislation, and provide our members with more information on the bill as it becomes available.

Previous Guns, Guns, Whose Got The Guns?