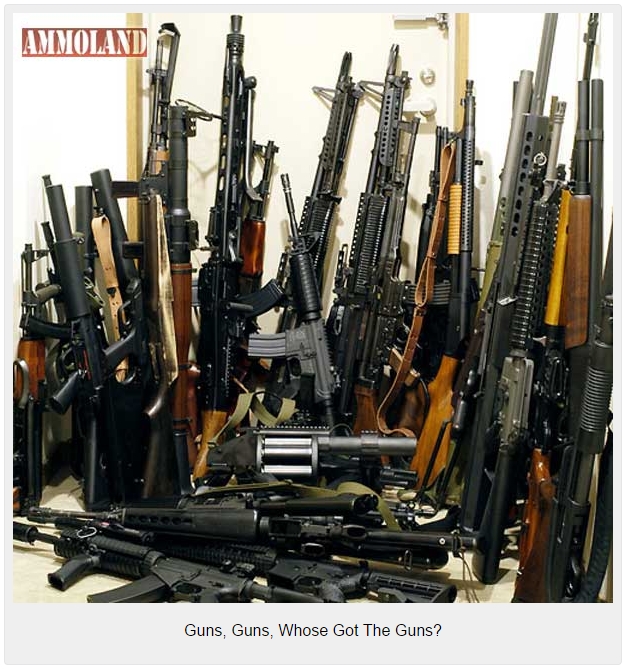 No one knows how many American households have guns. That’s the good news.

The only way to know with any degree of accuracy would be through national registration, which hasn’t happened – at least not yet.

But a lack of knowledge doesn’t keep the gun ban lobby from trying to marginalize those who choose to own a gun. These gun control groups crowed recently when various mass media outlets parroted a report from the General Social Survey (GSS) claiming;

That the number of American households owning guns was declining…?

This headline surprised everyone who sells guns, performs background checks and visits gun ranges, because they all have anecdotally witnessed the growing mass appeal of firearms, and the dramatic increase in business it has caused for the last decade or so.

During that time, there were more guns sold than ever before. So clearly, more guns are out there that ever. But what percentage of American households has one? Is that percentage really declining?

Curiously, while the GSS survey showed a downward slope in the number of households admitting to owning guns, ABC news, Gallup Poll and other organizations have shown that the number of gun owning households has remained steady over the decades, and has even escalated in the last few years.

We wanted to include Pew Research in this post, but on their web site we only found two data points for gun ownership surveying. That’s not enough to be used to establish a trend. Pew also asks respondents if there is a “pistol or rifle” in the house, which may have lost them a huge number of positive responses from people who instead own revolvers, and know the difference between a pistol and a revolver. [same for shotguns] 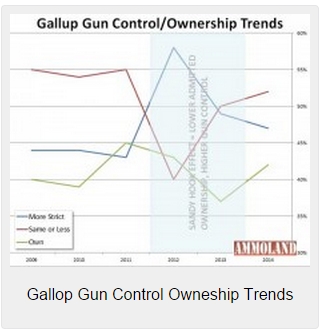 Some folks claim that the Gallup and ABC numbers are unreliable, and point to drops and peaks in ownership between select years as proof. But because all polling organizations collect the fewest samples possible to have a statistically reliable survey (within an acceptable margin of error), momentarily shifting attitudes can cause seemingly odd fluctuations in results. Have a look at public reaction to new gun control proposals at the national level, and to people simultaneously denying to pollsters that they own guns, and you see some curious parallels (e.g., the threat of more gun control causes some people to decline to admit they own guns).

So with GSS reporting something very different than other polls, we have to ask why? What is different about the GSS survey and the changing population that might cause any two surveys about trends in gun owning households to be so far apart? 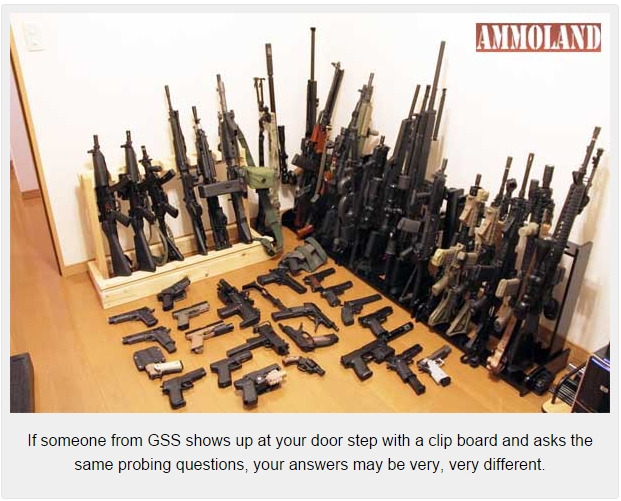 For starters, we have to be leery of a polling organization with ties to the gun control movement’s major financier and with a proclaimed bias toward gun control. GSS is based in Chicago, Illinois, home town to Barack Obama and his old employer the Joyce Foundation. Joyce has been referred to as the “gun control industry’s bank.” Joyce has given money to buy entire issues of a law schools’ law review publication in order to print only anti-Second Amendment articles, has paid Hollywood agencies to pitch anti-gun script ideas to directors, has persuaded doctors in various universities to create anti-gun epidemiology research masquerading as criminology, and is the money (along with Michael Bloomberg) behind any number of other gun-control efforts.

Maybe that’s why Tom Smith, head of GSS, likes the alleged declining rate of gun ownership in his polls. As he gleefully points out, such a decline would “make it easier for politicians to do the right thing on guns” by passing more restrictive regulations. Does that sound objective to you?

Even if we assume GSS is not intentionally rigging the data, their methodology is nonetheless highly suspect. Most pollsters conduct anonymous telephone interviews using random digit dialing, which in turn increases anonymity, which in turn leads to more honest responses (a Silicon Valley marketing research acquaintance of mine claims that non-anonymous polls are only two steps above junk science). GSS surveyors instead physically go to people’s homes.

If Gallup calls you on the phone and asks if you own a gun, you’ll give them one answer. If someone from GSS shows up at your door step with a clip board and asks the same probing questions, your answers may be very, very different. 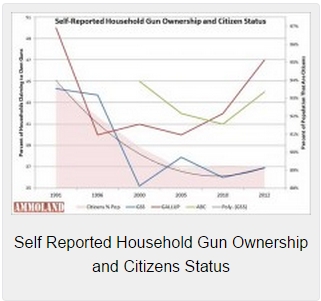 How polling non-citizens skews responses to gun ownership surveysPublic opinion polling companies regularly poll only registered voters. One reason for this is that if you are measuring a public policy issue, you only want to hear from people likely to vote and thus change public policy.

Voters in federal elections have to be citizens. It’s the law. So a face-to-face surveying of people, some of who are not citizens, about their gun ownership likely produces very different survey responses. In fact, the slope of the declining line in positive gun ownership responses to the GSS survey mimics the declining percent of the United States population that are citizens (our chart includes both legal and illegal non-citizens).

What is the significance of this? Immigrants from countries where the police are criminals and guns are banned may not want to be perfectly honest with a pollster who knocks on their door about the guns in their home.

Long ago it caught the attention of criminologists that women report household gun ownership at about a 10% lower rate than men. But in the 1980s, women started becoming a larger part of the gun owning community. This was mainly due to women’s liberation, and more women choosing to fend for themselves. This growing segment of women gun owners has kept quieter than men, which skews poll numbers accordingly. If GSS is not modeling demographic ratios correctly and not properly compensating for this underreporting of the women that they interview on household doorsteps, then for that reason alone their numbers are unreliable.

Ask Bubba Thomson of Pascagoula, Mississippi if he owns a gun and he’ll invite you in to show off his collection. Ask María Rodriguez of Chicago (and of uncertain immigration status) the same question, and she might not provide an honest answer.

Add all these issues together, and the quality of the GSS survey is compromised. 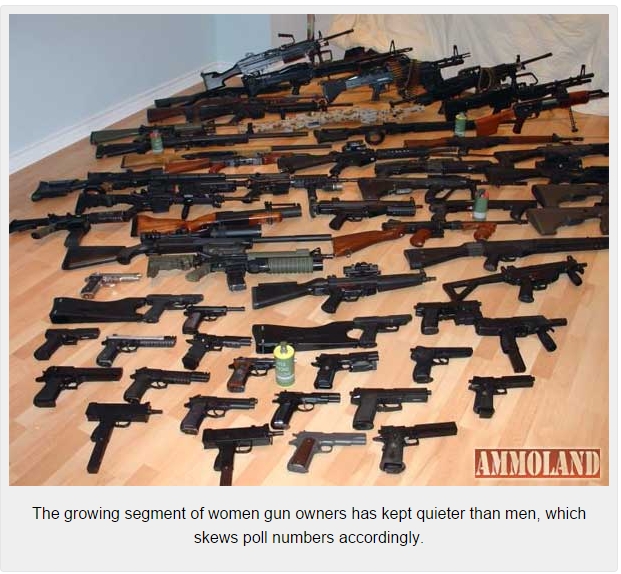 What We Don’t Know Isn’t Hurting Us

This little controversy has ranged for many years, and during those years the violent crime rate has plunged. GSS’ Tom Smith may want declining gun ownership numbers because they encourage politicians to “do the right thing.” Perhaps the Joyce Foundation will continue giving his polling outfit some extra cash (the Joyce Foundation gave them a wad back in 2005 “to add a selection of gun-related questions to its 2006 General Social Survey.”)

Many non-GSS pollsters say we have just as many gun owning households as we did before. Meanwhile, America owns more guns than ever before, whatever the number of gun holding households.

More guns, less crime. Maybe we can do with one less polling organization.

About:
CalGunLaws.com is an online research resource designed primarily for use by attorneys and interested firearm owners. CalGunLaws.com strives to provide easy access to and facilitate understanding of the multitude of complex federal, state, and local firearm laws and ordinances, administrative and executive regulations, case law, and past and current litigation that defines the California firearms regulatory scheme in theory and practice.