EMERALD ISLAND, N.C. — A North Carolina mother has left her family to fight ISIS in Iraq because she “felt like it was her duty,” according to The Washington Times.

Samantha Johnston, 25, from Emerald Island, has volunteered to fight the Islamic State in Iraq. She is a mother of three who previously served in the U.S. Army. 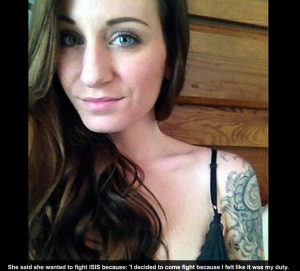 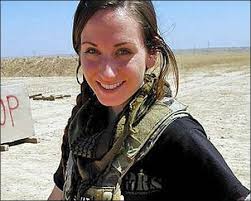 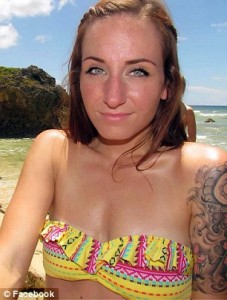 The mother is among about 100 westerners estimated to be fighting alongside Kurdish militias. She said she “couldn’t just sit and do nothing.”

Johnson said she cried all the way to the airport and almost changed her mind. But she said if she did not go, she would never forgive herself.


“I couldn’t look my children in the eyes and say, ‘I didn’t do anything to help,’” she said, according to the paper.

The Islamic State overran the Iraqi military and swept through portions of Syria and Iraq and Syria last summer,  terrorizing religious and ethnic minorities, according to The Daily Caller.

The jihadist group is known for killing dozens of people at a time, carrying out public executions, beheadings, crucifixions and other brutal acts.

“No, to me this has nothing to do with religion,” she is quoted as saying. “I am a Christian, but I’m protecting humanity. No matter the race or religion.”