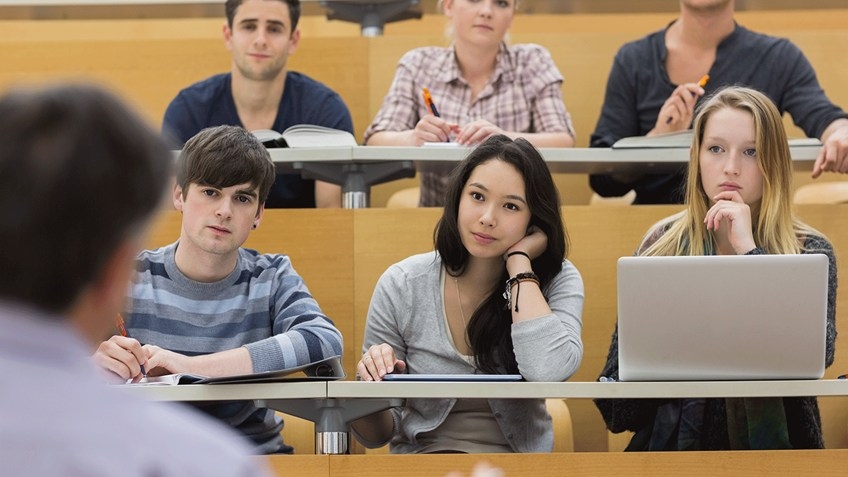 Most critics of campus carry couch their cultural bigotry against firearms and their owners in the dubious rhetoric of “public safety.”  Yet an instructor at Texas Women’s University has come up with a new argument to suppress Second Amendment rights on campus. Writing in Newsweek, TWU Assistant Professor of Sociology Jessica Gullion stokes fears that campus carry would lead to rampant grade inflation. “Will we soon see a new sort of grade inflation,” Gullion asks, “with students earning a 4.0 GPA with their firepower rather than brainpower?”

We can answer that question with a simple, “No.” But for those paying for their kids’ college educations, consider that this is what passes for academic discussion of firearms policy in today’s institutions of higher learning. In this regard, it joins a tradition that includes calling for the death of NRA members’ children, insisting that campus carry is tantamount to blaming women for their own victimization, threatening to cancel class over the lawful carrying of guns, and reporting a student to police for giving an in-class speech on campus carry.

Gullion’s arguments about heated exchanges escalating into gun-fueled carnage are similarly divorced from reality and logic. In nearly every state that has a Right-to-Carry law, as the measure was being debated, gun control advocates frantically predicted scenarios of Wild West-type shootouts in the streets. This, of course, has not come to pass. Instead, modern America’s proliferation of firearms and lawful public carry have coincided with historically low rates of violent crime.

Recently, Illinois became the 50th state to recognize the right of its residents to carry firearms for self-defense in public. In an article following up on Illinois’ first year with lawful carry, Chicago Tribune reporters noted that the law had not prompted “the rash of shootings that opponents feared.” Later, the article explains, “Fred Hayes, chief of police in Elwood and president of the Illinois Association of Chiefs of Police, said he was ‘pleasantly surprised’ that the rollout has gone so quietly. Hayes previously opposed the law but said fears of increased shootings have ‘not materialized.’” The article goes on to quote Arlington Heights Police Chief Gerald Mourning, who said, “We have dealt with it so infrequently that we simply haven’t had any difficulties. I am surprised by it. I thought for sure we would encounter issues on a more regular basis… It has not been an issue for us at all in terms of confrontations or misunderstandings.”


Gullion additionally labors under the false impression that legal and administrative restrictions on campus carry help to prevent a person intent on committing violence from acting on those plans. To the contrary, those willing to break the law to commit the kind of heinous violence Gullion fears will hardly be deterred by the potential consequences of carrying in a designated gun-free zone. Rather, they’re more likely to gravitate toward targets where they would expect not to meet armed resistance. Gullion inadvertently illustrates as much, citing three shootings that occurred at supposedly gun-free campuses. To put it in sociological terms, laws creating gun-free zones are useless talismans that have an illogical reverence among the social category known as academics. Is Group Think the culprit?

Indeed, aping the irrational fears, paranoid delusions, or cultural biases of one’s teacher is far more likely to prop up one’s GPA than lawfully and unobtrusively carrying a firearm of which the teacher is unaware. As for Gullion, perhaps her true calling was creative writing, rather than sociology. For our part, we’d give her an “A” for originality but an “F” for reasoned argument.