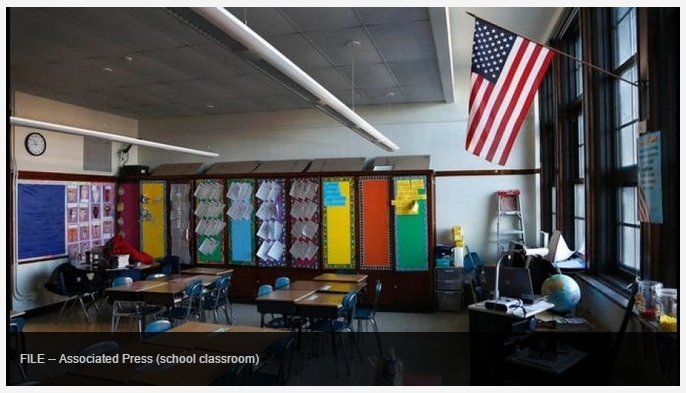 In a further act of moral depravity, one of the largest public school systems in the nation will begin teaching sexual fluidity which is the idea that there’s no such thing as 100 percent boy or 100 percent girl.

This liberal ideology flies in the face of God, not to mention science. Although there are rare cases when a child is born with abnormalities having both male and female genitalia, to make the claim the public school system is making is ludicrous.

Fairfax County Public Schools released a report recommending changes to their family life curriculum for grades 7 through 12. The changes, which critics call radical gender ideology, will be formally introduced next week.

“The larger picture is this is really an attack on nature itself – the created order,” said Peter Sprigg of the Family Research Council.

“Human beings are created male and female. But the current transgender ideology goes way beyond that. They’re telling us you can be both genders, you can be no gender, you can be a gender that you make up for yourself. And we’re supposed to affirm all of it.”

Get a load of what the kids are going to be learning in middle school:

“Students will be provided definitions for sexual orientation terms heterosexuality, homosexuality and bisexuality; and the gender identity term transgender,” the district’s recommendations state. “Emphasis will be placed on recognizing that everyone is experiencing changes and the role of respectful, inclusive language in promoting an environment free of bias and discrimination.”

I am in full agreement with Todd’s statement about all of this nonsense, and I quote:

“I must confess that I’m a bit old school on sex education. I believe that God created male and female. My reading of the Bible does not indicate there were dozens of other options.”

As you can probably imagine, parents are flipping out over this twisted curriculum:


“Parents need to protect their kids from this assault,” said Andrea Lafferty, president of Traditional Values Coalition. “Who could imagine that we are in this place today – but we are.” 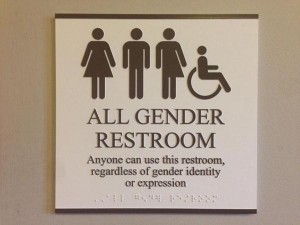 John Torre, spokesman for the Fairfax School Board, told the Washington Times the proposed curriculum changes have nothing to do with last week’s vote to allow boys who identity as girls to use the bathrooms and locker rooms of their choice.

Torre would have us believe it was purely coincidental. If you believe that crap, I have a bridge to sell you along with some oceanfront property in the Mohave desert.

If this doesn’t scream government gone wild then I certainly don’t know what else would be a better example.

When John Torre was questioned about what the curriculum would outline, he commented that there has yet to be one developed because the proposed objectives aren’t scheduled to be implemented until the Fall of 2016.

For anyone who has a brain, it isn’t hard to wonder why the curriculum has yet to be developed, due to this being a liberal ideological concept and not one that is scientific.

As a member of the Family Research Council pointed out, this will create more confusion in the minds of our youth in a time when they don’t need anymore confusion about their sexual identity.

The Fairfax County School Board is scheduled to meet on Thursday, May 21, 2015, and Lafferty is hoping for a strong parent turnout.