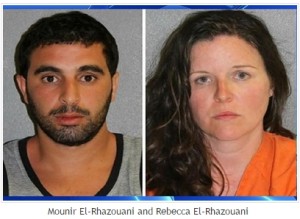 A couple was arrested during their vacation in Florida, after forcing their young children to stay in the sun.

The couple of Alabama, were arrested after hotel staff alerted police for ignoring the pleas of their children and refusing to take them inside the hotel.

Mounir El-Rhazouani, 31, and his wife Rebecca El-Rhazouani, 32, of Phoenix, were charged with two counts of child neglect after officers were called to the Hawaiian Inn in Daytona Shores.

Police released the body-cam footage as officers approached the couple sitting by a hotel pool in Orlando.


Officers found them drinking beer under an umbrella. Police said that the couple appeared to be drunk. 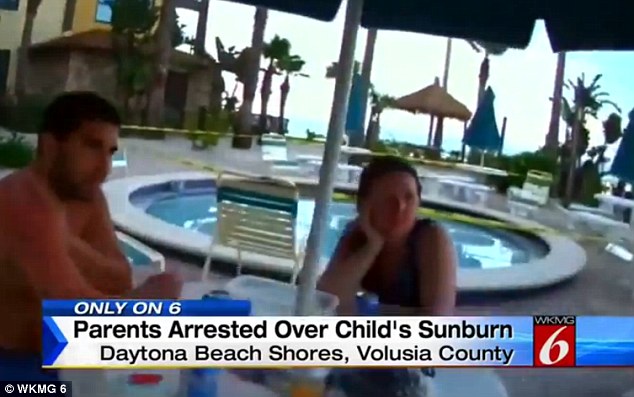 A hotel employee was seen telling the officers that she was concerned for the welfare of the couple’s foster children who are 2 and 5 years old.

The video shows security telling police, “The child wanted to get out of the sun so bad that it was literally running to that door over there, screaming, trying to get into the door, and the father would not take the child inside.”

The video showed the El-Rhauzouanis being taken to the hotel where the children were alone. Rebecca El-Rhauzouani told police her child has Eczema, which explains why he appeared sunburnt, but police said the kids were alone in the room with beer and a pocket-knife all within reaching distance.

The couple was arrested and taken to the Volusia County Jail where they posted bond shortly thereafter.

Next It's Not Grammar, History Or Math. You're Not Gonna Believe What They Are Teaching Kids In This School!