A former science teacher from West Melbourne, Florida, has admitted having sex with a 14-year-old student after contacting him using a number he had written on the board to attract female classmates.

Khan began texting and calling the boy from Imagine Charter School, then met at a local motel room using the number he had initially intended to catch the eyes of girls in his class. 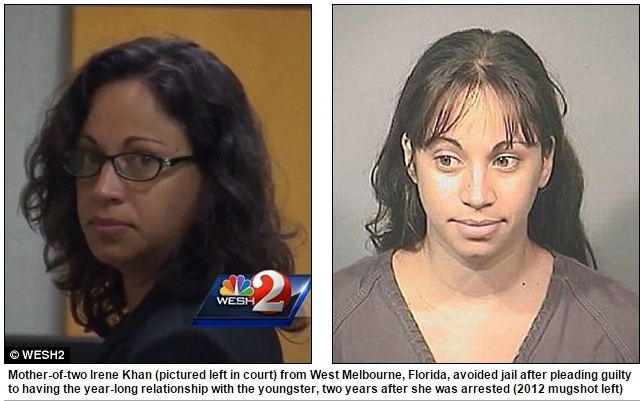 During the months that followed, Khan and the young teen had sex multiple times in her car and apartment.

Police later discovered information and questioned the boy before Khan was detained.


According to WESH Orlando, she had been fired from the school for inappropriate behavior – including showing off her tattoos to students before news of the scandal came to light.

On Wednesday Irene Khan, a 34-year-old mother of two, was able to avoid jail after pleading guilty to having the year-long relationship with the youngster, three years after she was arrested. She was charged with lewd and lascivious battery. The court handed down a two year sentence of community control followed by 10 years of probation. 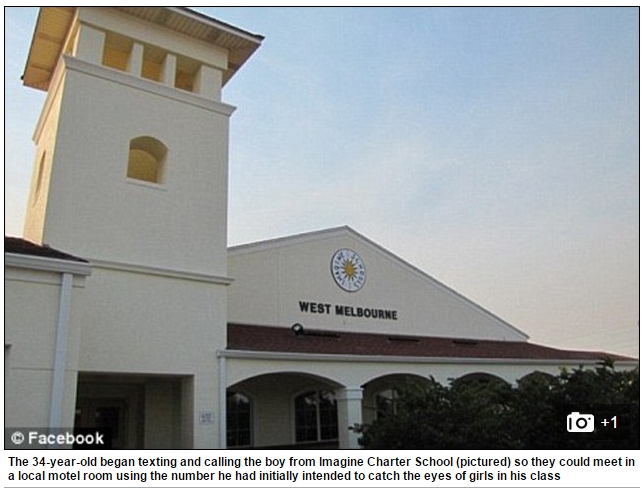 She must register as a sex offender and was also forbidden from having any contact with children besides her own.

The judge said that during that time she is not allowed to wear a Santa outfit or wear any costume that may appeal to children.

If she violates the conditions – she could be sentenced to 30 years in prison.


Previous [VIDEO] How Many People Got Arrested for Last Night’s Biker Gang Shootout?