On Sunday, a biker brawl erupted at the Twin Peaks in Waco, Texas, that left nine bikers dead and 18 injured.

Believe it or not, the incident is drawing responses from liberal media outlets that claim the bikers are being treated differently from inner-city rioters because they’re white.

The news had barely spread across the nation when race-bating New York Times columnist Charles Blow posed a question on Twitter, wondering whether the National Guard would be activated. Somehow, in his weak mind, the biker brawl was the same thing as what the hoodrats and hoodlums were doing in Baltimore.

One person on Twitter summed it up perfectly by saying: “That awkward moment when police shoot white thugs and no one gets mad and sets the town on fire.” 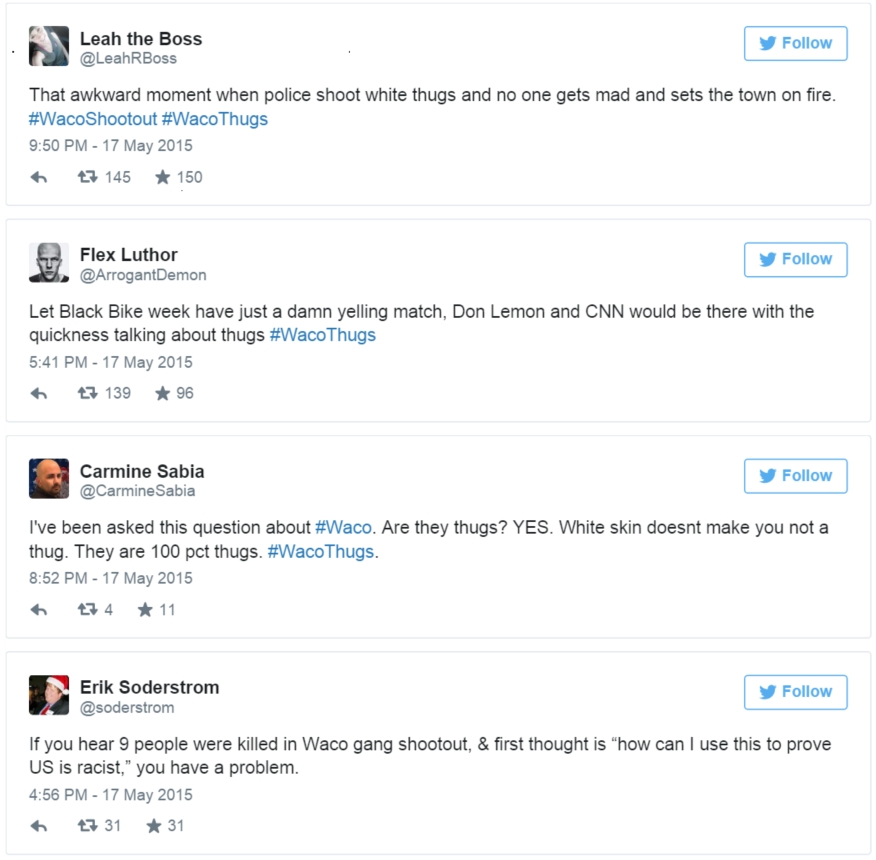 Next Chicago, A Shining Example of Gun Control, Had 42 Shot Over Weekend–Including an 81-Year-Old Grandmother