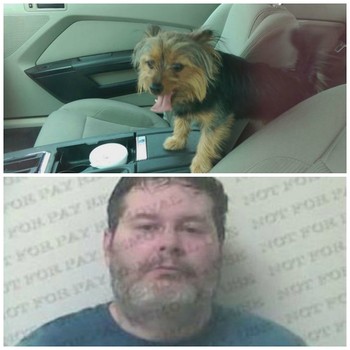 According to Monday’s 11 Alive News, charges against the military veteran, who broke out a car window in Athens, Georgia, to save a dog, have been dropped. Western Judicial Circuit District Attorney Ken Mauldin confirmed that charges against Michael Hammons had been dismissed.

Hammons, a 46-year-old veteran who says he fought in the first Iraq war, sprang into action when he noticed a dog inside of a rapidly-heating Mustang parked at a Athens-area shopping center. He broke the window of the car with a piece of his wife’s wheelchair to free the dog.

Multiple sources reported that the responding authorities did not want to charge Hammons on the day of the incident, but did so – at the insistence of the dog’s owner. Hammons was arrested for criminal trespass, which sparked a debate over the need for laws protecting animals.

Current Georgia law allows someone to break a window to save a person, but not an animal.

“The laws need to be changed to protect the animals, not necessarily the people,” said Mark Martin, a pet store owner who rallied around Hammons’ cause. “We are the voices for the animals; they can’t speak for themselves.”

A local Ford dealer offered to replace the smashed car window for free.

Ken Mauldin, district attorney for the Superior Court of Athens-Clarke and Oconee counties, said the car’s owner agreed with his decision to drop the charges.


Previous Once A Thug, Always A Thug: Jay-Z and Beyoncé Bailed Out Baltimore Rioting Hoodrats

Next THE AWKWARD MOMENT When Cops Shoot White Thugs, And No One Riots or Sets The Town On Fire