Heather Hironimus does not want her son to be circumcised — and she’s been jailed for refusing to cooperate with a court order to do so.

The Florida mother has been in custody since Thursday after going missing for several months with her 4-year-old son, allegedly to avoid circumcising him, according to court records. 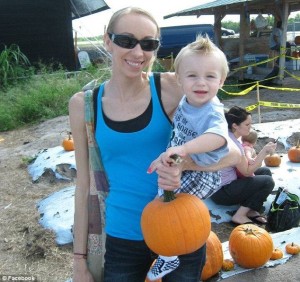 Hironimus has been fighting a legal battle for more than a year with the 4-year-old boy’s father, Dennis Nebus, over circumcising the child — a disagreement that began even before the child was born, the court documents show. The couple briefly agreed on circumcision in 2012, when they split up, but Hironimus changed her mind, according to ABC affiliate WPLG.

Hironimus lost a legal battle with Nebus in May 2014, when a Palm Beach County judge ruled that the boy should be circumcised, according to the Orlando Sun Sentinel.


In March 2015, the judge ordered Hironimus to bring the boy in to schedule the circumcision procedure, according to the Sun Sentinel.

But Hironimus never showed up in court, prompting a warrant for her arrest, the newspaper reported, also noting that she avoided being arrested because she was living in a domestic violence shelter.

Hironimus filed a federal suit against both Nebus and the judge last month, claiming that her son did not have a medical need to be circumcised, had expressed that he did not want to be circumcised and was afraid of the procedure.

At the boy’s age, the Hironimus’s federal complaint says, there could be negative psychological effects resulting from circumcision.