Former WWE Diva Tammy Lynn Sytch, who goes by the stage name “Sunny,” is in negotiations with adult entertainment company Vivid to put out her own sex tape, according to TMZ. 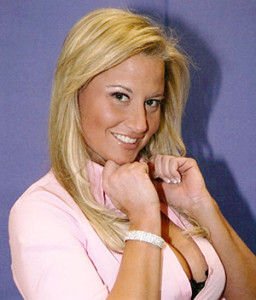 Unlike celebs like Courtney Stodden, Kim Kardashian, Paris Hilton and Farrah Abraham, who claim their private home videos were leaked, Sunny is reportedly planning to be a contract star with Vivid and is currently in negotiations to sign a multi-tape deal, sources close to the wrestler say.

President of Vivid Steven Hirsch told the gossip site that Sunny is only days away from signing on the dotted line and is preparing to shoot her first skin flick any day.


Previous Mom Jailed In Battle Over Her Son’s Private Parts...