Several people took to Facebook to express their disgust over what they felt was “disrespectful” behavior at Jefferson Barracks National Cemetery over Memorial Day weekend.

Officials say that “tens of thousands” of people came to the St. Louis, Missouri cemetery to pay their respects over the weekend, with very few problems.

“Probably 99.9% followed the rules and regulations,” cemetery director Jeff Barnes told KTVI. “We had very few complaints, so this is very unfortunate.”

Barnes is referring to a post on Facebook, which shows a car parked on several graves and reports about dogs urinating on tombstones.

“Went to Jefferson Barracks today, to pay respects to my grandfather. I’ve been there a hundred times, but have never been as disgusted as I was today. One lady thought it appropriate to pull her vehicle onto the grass among the graves. Another group of 3 people (white pickup) brought their dog with them, and the dog proceeded to piss all over several graves. SICKENING.” 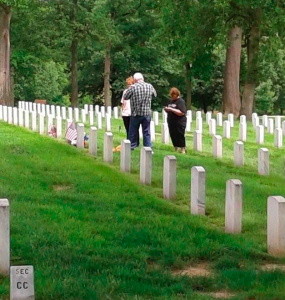 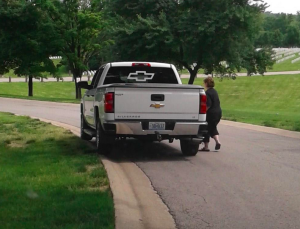 Most people agreed with Barnes. 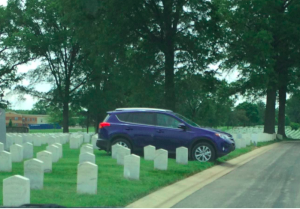 “I think it’s highly disrespectful and they just don’t realize what they’re doing,” added Sandy Choinka, another visitor. “It just shows no common courtesy at all.”