Tell the NJ Assembly Committee Members to Severely Punish Anyone Who Commits Violent Acts Against a Partner, Instead of Inventing New Ways to Harass and Intimidate Gun Owners, Which Makes No One Safer. 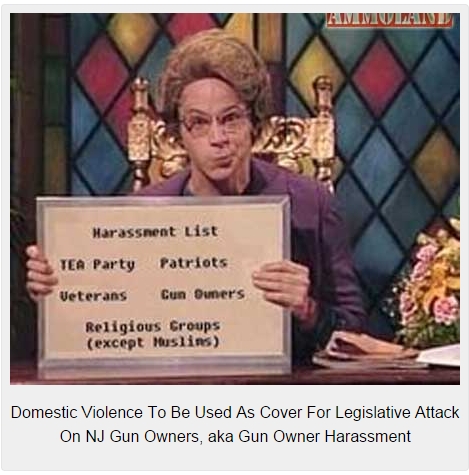 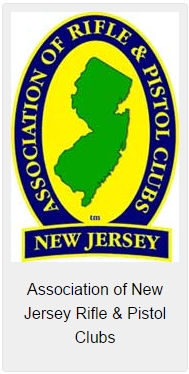 Association of New Jersey Rifle & Pistol Clubs ( ANJRPC ) strongly condemns anyone who commits violent aggressive acts against a domestic partner, and believes that such a person should not have access to firearms, and should be punished as severely as possible. Federal law currently provides for this, and New Jersey’s existing domestic violence law is already one of the toughest in the country.

On the surface, A4218 seems well-intentioned. But instead of focusing on increasing the severity of punishment for those who commit actual violent acts, the legislation seems obsessed with harassing and intimidating anyone who owns firearms and is also accused of domestic violence, even where no actual violence has occurred – which is often the case under existing New Jersey law.

It comes as a surprise to many that under current New Jersey law, the grounds for a “domestic violence act” may be as minor as a verbal argument that purposely causes annoyance (harassment). A verbal argument with no violent act whatsoever can and frequently does result in seizure and forfeiture of firearms, and permanent loss of gun rights. There is even one infamous case where throwing pretzels resulted in a domestic violence claim.

Other similar types of non-violent acts that constitute “domestic violence” and can result in firearms forfeiture include staying in the home despite being asked to leave by a spouse who holds title to the home (criminal trespass); and scaring a spouse with a halloween mask (putting another in fear by physical menace). There are several others, and they arise on a regular basis in the Garden State.

Unfortunately A4218, which appears to be part of a larger national agenda, fails to recognize that New Jersey law is unique in allowing minor non-violent acts to be classified as “domestic violence.” It also fails to recognize that false allegations of domestic violence are sometimes made to gain advantage in divorce cases, or out of spite, without any consequence to the accuser.

Instead of recognizing the distinction between violent and non-violent actors, A4218 subjects those accused in non-violent situations to the exact same penalties and procedures facing violent offenders, simply because they happen to be gun owners. As is typical of many gun control schemes in the Garden State, A4218 appears obsessed with the harassment and intimidation of all gun owners, instead of focusing punishment where it belongs – on violent offenders. A4218 is therefore off target and makes no one safer.

Please immediately tell members of the Assembly Law and Public Safety Committee to oppose A4218 as written and instead support proposals that severely punish those who commit violent acts, and that hold accountable anyone who makes of false allegations of domestic violence.

Members of the Assembly Law and Public Safety Committee

About Association of New Jersey Rifle & Pistol Clubs:The Association of New Jersey Rifle and Pistol Clubs, Inc. is the official NRA State Association in New Jersey. Our mission is to implement all of the programs and activities at the state level that the NRA does at the national level. This mission includes the following: To support and defend the constitutional rights of the people to keep and bear arms. To take immediate action against any legislation at the local, state and federal level that would infringe upon these rights. Visit: www.anjrpc.org

Next Police Body Cameras Work One Way Only