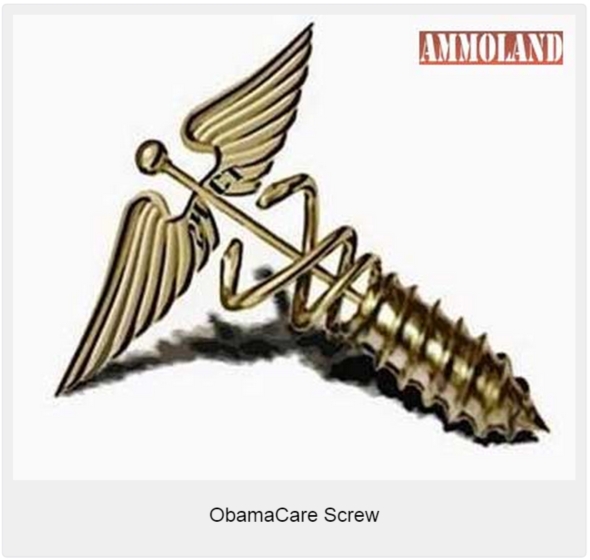 Gun Owners of America has long warned about the danger that ObamaCare poses to gun owners.

The Daily Caller recently reported on a “shocking government program” where the Department of Veterans Affairs is disarming American vets by getting them put on the FBI’s background check list.

Of course, this was not “shocking” to Gun Owners of America, as we have long warned about the dangers of using medical information to disarm law-abiding citizens.

The Daily Caller said, “The VA sends veterans’ personal medical and financial information directly to the FBI and the Bureau of Alcohol, Tobacco and Firearms, which can seize their guns in home raids.”


Sadly, this problem is only going to get worse, as ObamaCare funds the computerization of medical records on ALL AMERICANS. So now, millions of Americans could find themselves denied their right to buy firearms because of medical diagnoses such as PTSD or depression.

But you won’t even have to suffer from a “medical issue” to be denied. According to USA Today, the ability to “cut and paste” from one record to another can lead to potentially dangerous medical errors in the database. And for gun owners, this means wrongful denials when submitting to instant background checks while trying to buy guns.

A system this fraught with difficulties raises concerns about privacy. This has been the big concern of Gun Owners of America from the time ObamaCare was proposed. Namely, that medical records will not be secure, and that they will end up being misused — or erroneously applied — to deny gun purchases based on diagnoses that have nothing to do with the person being a threat to self of others.

The rollout of ObamaCare was not only flawed, but records of hacking surfaced shortly after the system was operational. Adding to this insult is the expense. Costs per doctor for setting up a system for computerizing medical data have been capped at $44,000, even though the actual costs have ranged between $100,000 and $200,000.

No wonder that thirty-seven medical societies sent a letter to Health and Human Services warning against the government’s certification program which is using a records system that is cumbersome, decreases efficiency and can present safety problems for patients. Eighteen medical societies in New York have asked for a year-long delay in the requirement that all prescriptions be processed electronically.

Many of the computer systems in use for medical recordkeeping don’t communicate with each other. For gun owners that is likely a good thing, but for medical patients that puts us back to the 20th century, where one doctor’s office had to call another’s.

While these bugs may eventually be worked out, we need to get rid of the Instant Background Check which permits the federal government to illegally retain the names and addresses of gun owners making purchases from federally licensed dealers. Doing the background checks does not fight crime, but it sure jeopardizes gun owners.

And the ability to match diagnoses of medical issues with gun owners will cost many a gun owner his firearms without their day in court.

Larry Pratt is the Executive Director of Gun Owners of America, a gun rights lobby representing more than one million members and activists.

Gun Owners of America (GOA) is a non-profit lobbying organization formed in 1975 to preserve and defend the Second Amendment rights of gun owners. GOA sees firearms ownership as a freedom issue.

“The only no comprise gun lobby in Washington.” – Ron Paul

Next Where’s The Coverage Of Heroes Who Stop Mass Killings?