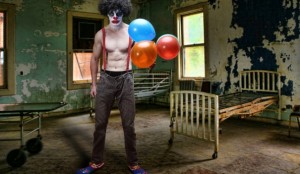 For more than two decades, Jensen performed at children’s parties as Friendly the clown and Bob the Balloon Twister. In his advertisements, Jensen promises a “fun-filled show,” and “having fun daily” is his ultimate goal. Unfortunately, the popular clown had a dark side.

As reported by Star Tribune, Robert J. Jensen and his wife invited the alleged victim into their homewhile she recovered from a traumatic brain injury. Over the course of four months, authorities believe Friendly the clown raped the young woman at least three times.

According to court documents, the woman reported the assaults to her Community and Veterans Services case worker. During a subsequent medical exam, the alleged victim said Jensen often entered her bedroom during the night to fondle and rape her.

As reported by Daily Mail, authorities collected DNA from the victim’s body that belonged to Robert J. Jensen.

The victim also claims she discussed the abuse with Robert’s wife, Peggy Ann. Although Peggy Ann reportedly confronted her husband, he vehemently denied the accusations.

On May 8, Friendly the clown was arrested for raping the mentally impaired woman. Robert J. Jensen was charged with third-degree criminal sexual assault and fourth-degree criminal sexual conduct. The criminal complaint specifies that the victim is a “vulnerable adult with mental health difficulties.” Jensen is currently being held at the Mille Lacs County jail on $100,000 bond.

Robert J. Jensen is not the first children’s clown to be charged with a heinous crime.

Previous She's Down In The Polls, But Throws Stingers Like No One Else