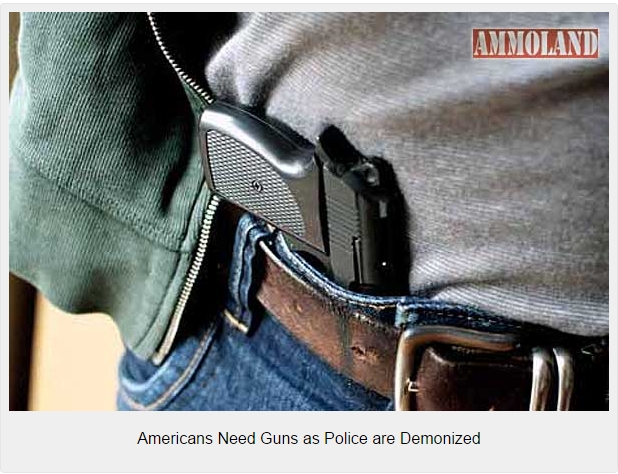 “We need personal firearms because police are becoming wary of confrontation with violent criminals,” Snyder added. 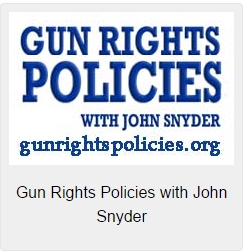 In the article on The New National Crime Wave, Heather MacDonald wrote that, “The most plausible explanation of the current surge in lawlessness is the intense agitation against American police departments over the past nine months.”


She noted, “President Obama and Attorney General Eric Holder, before he stepped down last month, embraced the conceit that law enforcement in black communities is infected by bias. The news media pump out a seemingly constant stream of stories about alleged police mistreatment of blacks, with the reports often buttressed by cell phone videos that rarely capture the behavior that caused an officer to use force…

“This incessant drumbeat against the police has resulted in what St. Louis police chief Sam Dotson last November called the ‘Ferguson effect.’ Cops are disengaging from discretionary enforcement activity and the ‘criminal element is feeling empowered,’ Mr. Dotson reported.”

Ms. MacDonald wrote in her May 29 2015 piece that the “‘Ferguson effects’ are happening across the country as officers scale back on proactive policing under the onslaught of anti-cop rhetoric…’Any cop who uses his gun now has to worry about being indicted and losing his job and family,’ a New York City officer tells me.”

Snyder said, “The article shows clearly that police now are wary of confrontation with violent criminals. This wariness comes about because politicians and loud-mouthed social activists have been demonizing cops for their tough arrests of violent criminals

“Who can blame law enforcement? They’ve had it with our incompetent President and other authorities. People must protect themselves and society with handguns.”

About John Snyder:
Named the Gun Dean by Human Events, “the senior rights activist in Washington” by Shotgun News, a “champion of the right to self-defense” by The Washington Times, and “dean of gun lobbyists” by The Washington Post and The New York Times, John M. Snyder has spent 45 years as a proponent of the individual Second Amendment civil right to keep and bear arms as a National Rifle Association editor, public affairs director of the Citizens Committee for the Right to Keep and Bear Arms, treasurer of the Second Amendment Foundation, and founder of www.GunRightsPolicies.org.

A former Jesuit seminarian, Snyder is founder/manager of Telum Associates, LL.C., founder/chairman of the St. Gabriel Possenti Society, Inc., a director of Council for America, and serves on the boards of the National Association of Chiefs of Police and the American Federation of Police & Concerned Citizens. He is also the author of the book Gun Saint.