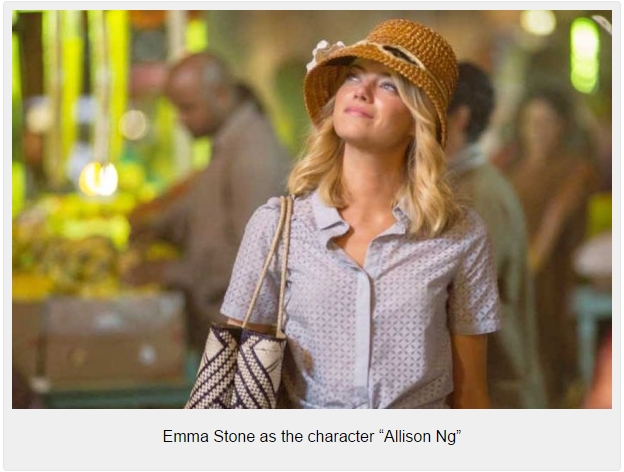 Let’s set aside whether Cameron Crowe’s new movie, “Aloha,” is a good or bad movie.

Whatever the flick’s merits or demerits, it has inadvertently helped expose the arbitrary, capricious and ridiculous demands of militant identity politics. 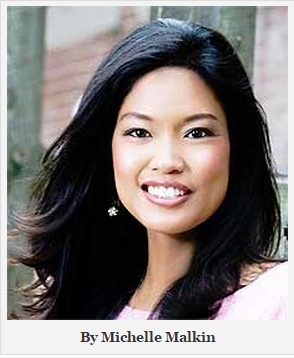 After getting hammered by ethnic mau-mauers, director Crowe issued an apology this week for casting actress Emma Stone as the character “Allison Ng” in his Hawaii-centered rom-com.

Entertainment Weekly’s Chris Lee, who identifies himself as “Chinese-American/French-Canadian,” declared: “I’m not buying Emma Stone as an Asian-American.”

Guy Aoki, president of the Media Action Network for Asian Americans, which bills itself as “the only organization solely dedicated to monitoring the media and advocating balanced, sensitive and positive depiction and coverage of Asian-Americans,” huffed: “It’s so typical for Asian or Pacific Islanders to be rendered invisible in stories that we’re supposed to be in, in places that we live. … We’re 60 percent of the population (in Hawaii). We’d like them to reflect reality.”

Feeling the heat, Crowe issued a “heart-felt apology to all who felt this was an odd or misguided casting choice.”

Crowe explained that he wrote the Ng character to be a “super-proud one-quarter Hawaiian who was frustrated that, by all outward appearances, she looked nothing like one. A half-Chinese father was meant to show the surprising mix of cultures often prevalent in Hawaii. Extremely proud of her unlikely heritage, she feels personally compelled to over-explain every chance she gets. The character was based on a real-life red-headed local who did just that.”

It doesn’t matter to the p.c. bullies that “Ng” was modeled on a real person. For the bean-counters, all that matters is the incessant demand for racial and ethnic entitlements, parcels and partitions.

While they accuse their adversaries of intolerance and bigotry, it’s the self-appointed Definers of Racial and Ethnic Authenticity who strike me as the most narrow-minded of all. Why do they get to decide and define “diversity“? Why do they get to pick which racial and ethnic beans matter more?

The conflict is of particular interest and intrigue to me because of my own multiethnic family. My parents are from the Philippines with an ample dose of Spanish blood. My husband’s family hails from Russia and the Ukraine. My kids have been mistaken for Hispanic, Hawaiian, Vietnamese and more. Who should decide how they identify themselves? Or what roles they should play? 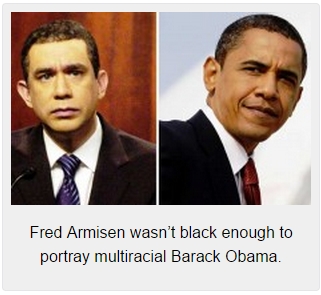 The voices protesting the Stone casting are the same types who carped that multiracial Fred Armisen wasn’t black enough to portray multiracial Barack Obama. Why not turn the question on its head: Would a black SNL actor be white enough to play Obama?

And they’re the same types who threw an international temper tantrum over producer Cameron Mackintosh’s casting of English actor Jonathan Pryce as the Eurasian pimp in “Miss Saigon.” I’ll never forget how the Los Angeles Times described the Byzantine demands of one Asian-American grievance group, which dictated that Pryce’s role be instead filled by an actor of “mixed Caucasian and Asian heritage,”and that “if no suitable mixed-blood Eurasian actor could be found to do it, then the role should go to an Asian actor (as opposed to an Asian-American one), ‘because in terms of culture,’ they argued, ‘an Asian actor would be closer to the psyche of the character.’ Barring that, they wrote, an Asian-American actor would be ‘the third best choice.’”

How pathetic to see the movie industry reduced to another self-pitying social-engineering vehicle for the most unimaginative dullards of identity politics. And how little has changed. Entertainment Weekly’s Lee carped that accepting Stone as Ng “requires a certain suspension of disbelief and no small amount of magical thinking.”

Isn’t that what all art, high or low, requires of its audience?


Previous Is ISIS Coming to Damascus?