A father’s tough love has backfired, tragically resulting in his 13-year-old daughter committing suicide after she was overcome with shame.

On May 30th, 2015 the Tacoma Stories published an article titled “Public Shaming Leads to a Young Girl’s Suicide” about the death of Washington State teen Izabel Laxamana. 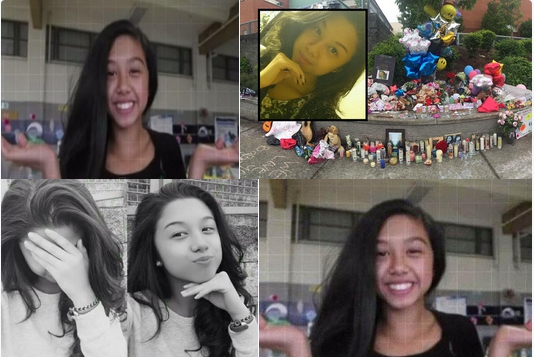 The article originally stated the then-unnamed girl was injured gravely after jumping off an overpass in Tacoma, and then she was transported to a local hospital for treatment. The article was updated the very next day and indicated the young teen had succumbed to her injuries:

Update 05/31/15: I have heard from multiple sources that the young woman passed away at Harborview Medical Center this evening. My thoughts are with the family and friends of this young girl. I am sorry for your loss.

On 1 June 2015, Tacoma’s News Tribune published an article titled “Tacoma Middle School Girl Dies After Plunge Off Freeway Overpass.” The site confirmed that a student of Giaudrone Middle School in Tacoma had died on 30 May 2015 following a jump or fall from an overpass, and that the death had been ruled a suicide. The student in question was not identified by name:


Tacoma police reported that someone jumped or fell from the South 48th Street bridge over Interstate 5, and school officials confirmed that the victim was a Giaudrone student. She was taken to a Seattle hospital, where she died. The King County Medical Examiners’ office ruled the death a suicide.

Tacoma Public Schools spokesman Dan Voelpel told the news outlet that the family of the teen requested privacy, a message that was passed on to students in the district. By 4 June 2015 the story had begun to circulate online, with some social media users likening Laxamana’s death to the suicide of Leelah Alcorn.
Jezebel published an article about the issue titled “13-Year-Old Girl Dies by Suicide After Dad Shares Public Shaming Video”:

Izabel Laxamana, a 13-year-old girl in Tacoma, Washington died by suicide after jumping off a highway overpass on Friday, May 29. Days before, Laxamana’s father Jeff had reportedly punished her for an unspecified transgression by cutting off her hair and uploading a video to YouTube. There’s now a controversy brewing online and among the girl’s friends and family over whether the video caused her death.

The article reiterated the claim that the clip of Laxamana was removed after her death, but included a copy of the purported video captured before its deletion:

The friend who uploaded the video wrote: “The purpose of this upload is to hopefully discourage other parents from engaging in shame videos.”

Friends, family, and total strangers have posted Tweets about the tragedy: 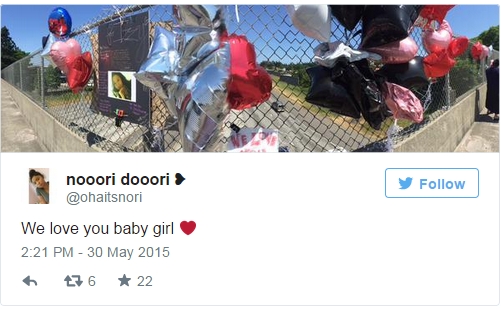 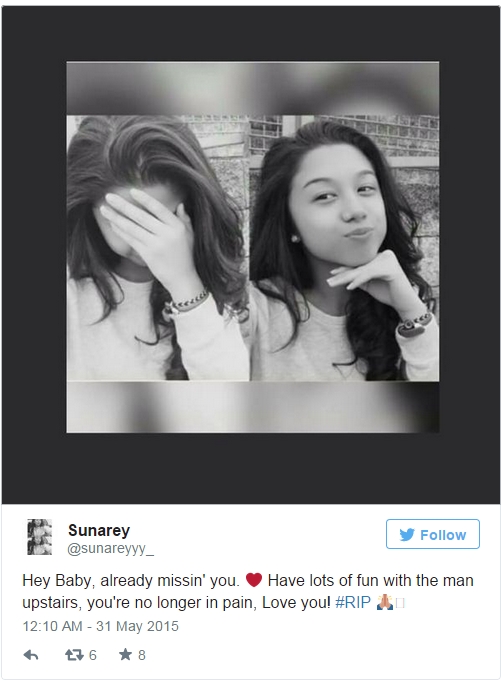 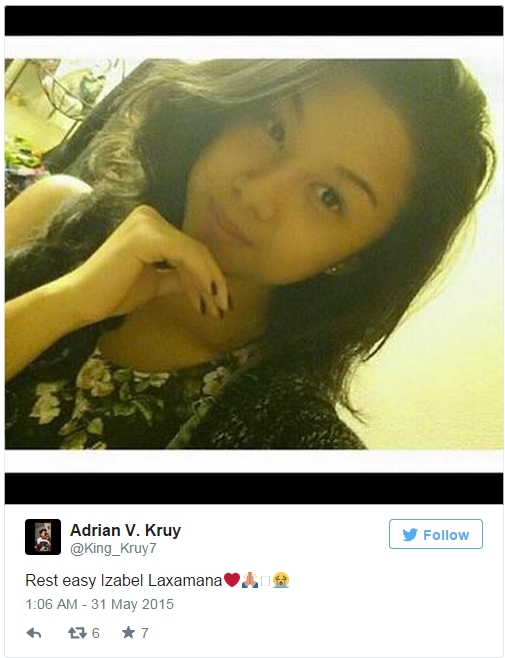 In addition to expressing grief, others are expressing anger at the “abuse” that Izzy suffered at the hands of her father. A parent who was assisting in Izabel’s science class noted that the girl was crying and that had she known what the student had been through she would have called the police.

“We all got the word at the bridge. Lots of Sobbing and hugging going around. I am glad I was there with my daughter to support her and her feelings through this. If I had know what izzy was crying about in science class when I was there, I would of taken her home with me and called police.”

The “public shaming” that many reference in their outpouring of support of Izzy’s plight occurred via Instagram. The girl’s father can be seen videoing the teen as she stands next to a pile of black hair on the floor. The girl’s story can be read at Tacoma Stories and details of exactly what is happening in the video is described below.

“A few days ago a 15 second video showed up online. It showed a young girl who appeared to be twelve or thirteen years old. She’s standing in a room looking at the phone camera. She appears to be afraid. The camera then shows the floor where there is a pile of long black hair. A taunting male voice says, ‘The consequences of getting messed up? Man, you lost all that beautiful hair. Was it worth it?’ The girl stares at her hair on the floor. She very quietly says, ‘No.’ ‘How many times did I warn you?’ She almost inaudibly says, ‘Twice.’ He then says, ‘Okay.’ as if he has proved a point. The video ends.

Rumors are running high in the school, with some saying that the public shaming video of Izzy’s haircut was not the only action taken against the girl that day. A parent who says their child was a “close friend” of Izabel claims that she saw the horrifying video before it was taken down and that the father also “cut her undergarments” and “destroyed her clothing.”

“Since Friday my 14 year old a close friend of this young girls, began to tell me this story. Saturday saw a link of the video, had been crying and very sad explaining to me that she was told the father not only cut her hair, posted a video, but also had cut her undergarments, destroyed her clothing and yes publicly humiliated her. I watched that video and I was so crushed, the anger in the father’s voice I could hear it, the girls shoulders slightly rolled forward in shame,hands in front if her face, showed she was not only shamed by this horrible man, but she looked very frightened. I am a very proud mother of a Giudrone Middle School child, and hearing that a female child was degraded to a point so bad rips my entire soul out.”

Still, others say there was “continuous” abuse by her father that was never addressed.

Though the details surrounding the events that lead to the unfortunate death of this beautiful girl are unknown, witnesses claim that the girl did in fact jump on her own free will and did so “without hesitation.”

“From the boys who actually witnessed it, said she just ran, jumped up on the fencing and leaped over. No hesitation. just did it.”

As blogger Jack Cameron points out, public shaming may be considered a serious “form of abuse” with very real consequences.

What do you think? Is public shaming a form of child abuse?

Should the dad face charges for her death? Leave us a comment below.