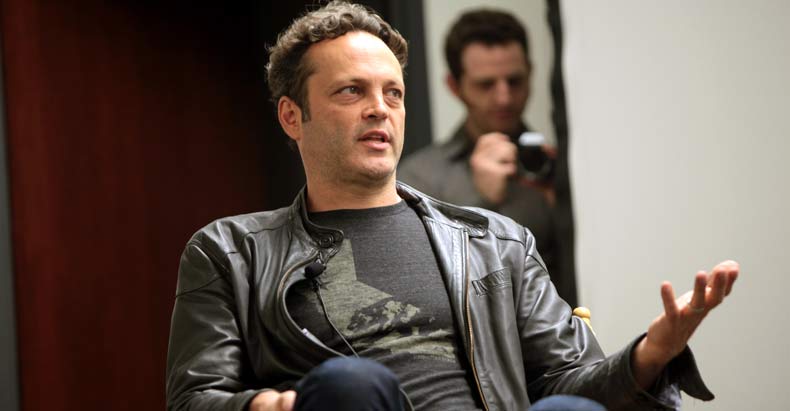 In a recent interview with the British edition of GQ magazine, Vince Vaughn held no punches about his thoughts on liberty in America.

A preview of the interview was posted on the GQ website Monday highlighting four key points. The first point was about Vaughn’s role in “assembly-line comedies” to which he responded candidly and honestly.

The next three topics of conversation, however, is when the interview became particularly interesting.

All too often we see Hollywood personalities side with the establishment. They toe the line with the day’s current talking points and serve as little more than passive reverberators of the status quo.


The line between Hollywood and the government is deliberately blurred, and politicians often use famous personalities to bolster their public image.

When a Hollywood actor crosses this blurred line of establishment cheerleading, they are normally drug through the slosh pit of MSM and hung out to dry. However, this has yet to happen with Vaughn, and most likely because his stance is based in logic.

When GQ asked Vaughn about where he stands on the American Government, Vaughn responded with the following:

“Edward Snowden is a hero. I like what he did. My idea of treason is that you sell secrets to the enemy. He gave information to the American people. Snowden didn’t take information for money or dogmas. Governments claim to write endless laws to protect us, a law for this, a law for that, but are they working? I don’t think so. The consequences are that there is a staggering loss of freedom for the individual. I look at the drug wars and they are absolutely f***ing ridiculous. There is a black market and the prisons are overcrowded and it’s not preventing drug use. There’s a corruption that goes all the way to the top.”

Vaughn calling out America’s war on drugs is something that most of Hollywood refuses to do. It’s a gutsy move that needs to be said by more people who have such a large forum. But it just doesn’t happen.

He also called Edward Snowden a hero, and he’s right! Snowden risked his life to inform the American people about the atrocities committed by the US government.

The typical hot air spewed from the right wing of the establishment about Snowden is that he’s a traitor and deserves to be imprisoned and/or killed.

Vaughn’s view on Snowden, coupled with his next point about gun control, is likely to cause some conservative heads to explode.

GQ asked Vaughn about what he thought on the American’s right to own a gun. This was his response:

“I support people having a gun in public full stop, not just in your home. We don’t have the right to bear arms because of burglars; we have the right to bear arms to resist the supreme power of a corrupt and abusive government. It’s not about duck hunting; it’s about the ability of the individual. It’s the same reason we have freedom of speech. It’s well known that the greatest defence against an intruder is the sound of a gun hammer being pulled back. All these gun shootings that have gone down in America since 1950, only one or maybe two have happened in non-gun-free zones. Take mass shootings. They’ve only happened in places that don’t allow guns. These people are sick in the head and are going to kill innocent people. They are looking to slaughter defenceless human beings. They do not want confrontation. In all of our schools it is illegal to have guns on campus, so again and again these guys go and shoot up these fucking schools because they know there are no guns there. They are monsters killing six-year-olds.”

Queue the conservative peanut gallery, “But how can he be pro-gun and pro-Snowden?” That’s an easy one Foxaholics; it’s because he’s pro-Freedom!

But Vaughn does not stop there, he turns up the pro-gun notch to “11” in his next answer. Below is Vaughn’s response after he’s asked by GQ if he thinks guns should be allowed in schools.

“Of course. You think the politicians that run my country and your country don’t have guns in the schools their kids go to? They do. And we should be allowed the same rights. Banning guns is like banning forks in an attempt to stop making people fat. Taking away guns, taking away drugs, the booze, it won’t rid the world of criminality.”

There you have it. Vince Vaughn not only shatters to status quo-supporting Hollywood paradigm, but he obliterates the Left/Right paradigm as well.

Next The Cultural Cleansing of Christian Males