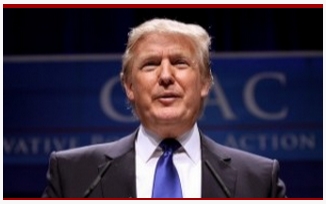 During Thursday evening’s edition of Special Report on Fox News, Charles Krauthammer offered some backhanded praise of Donald Trump for leading a poll of presidential candidates people will not vote for.

The real estate mogul leads the poll “with a deserved 59 percent,” the pundit told host Bret Baier. “[Trump] is going to say how sad it is that I’m saying these things,” Krauthammer continued. “But, you know, this is an open forum and we have free speech. He has a well-deserved and, I would say, an impressive 59 percent.” 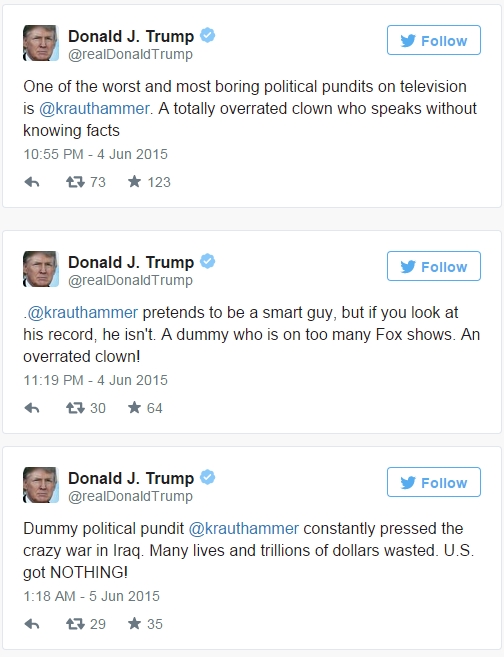 Trump’s late-night “express your feelings” exercise is only the latest example of him telling conservative pundits how he truly feels about them, all while attempting to court conservative voters for a likely(??) presidential run.

Previous [VIDEO] Has Obama Worked To Ease Racial Tensions? No!

Next [GRAPHIC PHOTOS] Woman who set dog on fire; has charges dropped