The next time you feel like being obnoxious at a baseball game, be forewarned: there’s a chance you may get dealt with by Batman*.

At a Pirates-Braves game in Atlanta Friday night, a fan heckled Pittsburgh Pirates center fielder Andrew McCutchen so badly that the hitter pointed to the man after whacking a late-inning double. That got the attention of Michael Keaton — a Pirates fan, wouldn’t ya know — who made his way over and began reverse-heckling the Braves fan: 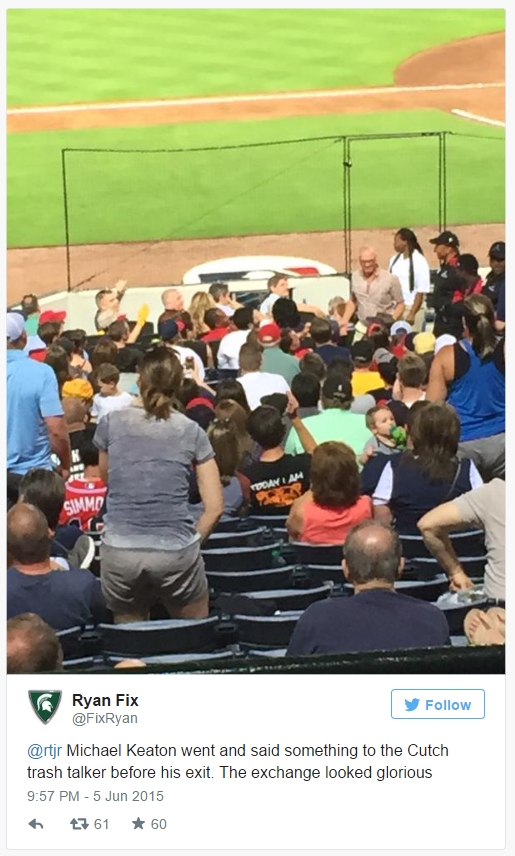 Apparently Keaton pointed to the scoreboard to let the heckler know who was winning the ballgame, though witnesses described the exchange as good-humored.