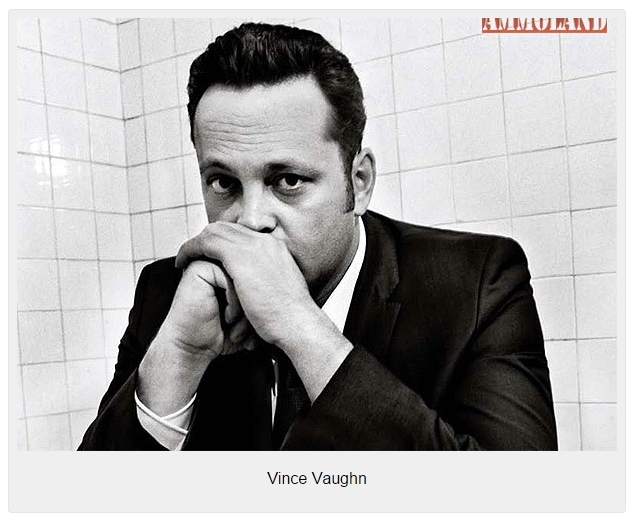 When Vince Vaughn told British GQ that he supported guns in schools so those guns could be used to defend children, he said something that is supported by a majority of Americans.

Sure, Piers Morgan tweeted that Vaughn was “dumb” and Geraldo Rivera said he sounded like “Timothy McVeigh,” but the American people at large heard someone saying what they have been waiting to hear.

These were Vaughn’s exact words to British GQ:

You think the politicians that run my country and your country don’t have guns in the schools their kids go to? They do. And we should be allowed the same rights. Banning guns is like banning forks in an attempt to stop making people fat.

He also address the danger of the status quo–of continuing to fight to keep schools gun free:


Take mass shootings. They’ve only happened in places that don’t allow guns. These people are sick in the head and are going to kill innocent people. They are looking to slaughter defenceless human beings. They do not want confrontation. In all of our schools it is illegal to have guns on campus, so again and again these guys go and shoot up these f***ing schools because they know there are no guns there. They are monsters killing six-year-olds.

And according to The Washington Post, while Democrats and gun control groups were pushing more gun laws in the wake of the heinous attack on Sandy Hook, a majority of Americans were voicing support for armed guards in every school. A Washington Post-ABC New Poll found that “55 percent” of Americans supported guns in school in this way, for the purpose of defending children from attack.

Support for armed guards dropped to 50 percent in March 2013, but leading up the 2014 midterm elections guns on campuses and in schools became a leading cause in many political races. Support for guns in schools was at “50 percent” in Colorado in 2014, Missouri legalized armed teachers in schools that same year, and Texas Governor Greg Abbott (R) ran for office on pledges to sign Open Carry and Campus Carry into law.

Moreover, on May 12, 2015, Oklahoma legalized armed teachers in public schools, adding their state to the growing list of states pushing to either have armed guards or armed teachers/staff in school when kids are there.

The bottom line; when Vaughn defended gun rights he did not sound like “Timothy McVeigh.” Rather, he sounded like parents in communities all around the country who want their kids to be safe.