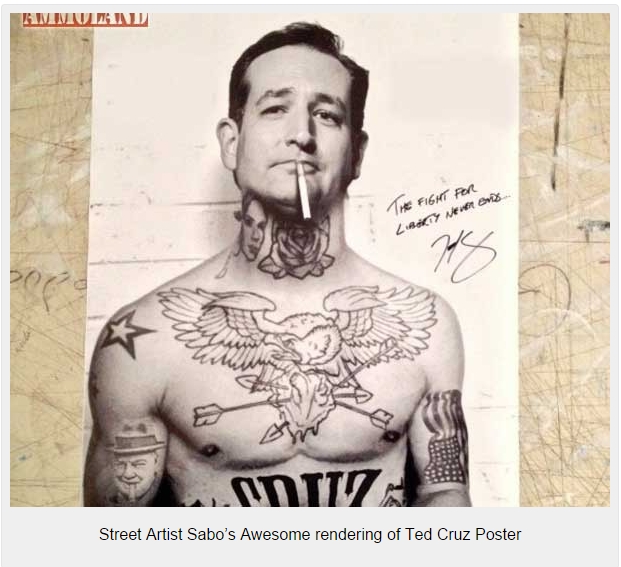 Senator Ted Cruz spoke with gun owners around the country and laid out his agenda for what a Cruz presidency would look like.

Gun Owners of America is planning to sponsor other Tele-Town Hall Meetings with other elected officials and candidates.

In 2012, Ted Cruz was elected as the 34th U.S. Senator from Texas. A passionate fighter for limited government, economic growth, and the Constitution, Ted won a decisive victory in both the Republican primary and the general election, despite having never before been elected to office.

Propelled by tens of thousands of grassroots activists across Texas, Ted’s election has been described by theWashington Post as “the biggest upset of 2012 . . . a true grassroots victory against very long odds.”

National Review has described Ted as “a great Reaganite hope,” columnist George Will has described him as “as good as it gets,” and the National Federation of Independent Business characterized his election as “critical to the small-business owners in [Texas, and], also to protecting free enterprise across America.”

Ted’s calling to public service is inspired largely by his first-hand observation of the pursuit of freedom and opportunity in America. Ted’s mother was born in Delaware to an Irish and Italian working-class family; she became the first in her family to go to college, graduated from Rice University with a degree in mathematics, and became a pioneering computer programmer in the 1950s.

Ted’s father was born in Cuba, fought in the revolution, and was imprisoned and tortured. He fled to Texas in 1957, penniless and not speaking a word of English. He washed dishes for 50 cents an hour, paid his way through the University of Texas, and started a small business in the oil and gas industry. Today, Ted’s father is a pastor in Dallas.

In private practice in Houston, Ted spent five years as a partner at one of the nation’s largest law firms, where he led the firm’s U.S. Supreme Court and national Appellate Litigation practice. Ted has authored more than 80 U.S. Supreme Court briefs and argued 43 oral arguments, including nine before the U.S. Supreme Court. During Ted’s service as Solicitor General, Texas achieved an unprecedented series of landmark national victories, including successfully defending:

From 2004-09, he taught U.S. Supreme Court Litigation as an Adjunct Professor of Law at the University of Texas School of Law.

Prior to becoming Solicitor General, he served as the Director of the Office of Policy Planning at the Federal Trade Commission, as Associate Deputy Attorney General at the U.S. Department of Justice, and as Domestic Policy Advisor on the 2000 Bush-Cheney campaign.

Ted graduated with honors from Princeton University and with high honors from Harvard Law School. He served as a law clerk to Chief Justice William Rehnquist on the U.S. Supreme Court. He was the first Hispanic ever to clerk for the Chief Justice of the United States.

Ted and his wife Heidi live in his hometown of Houston, Texas, with their two young daughters Caroline and Catherine.

Next Vince Vaughn Supports Guns In Schools, As Do A Majority Of Americans