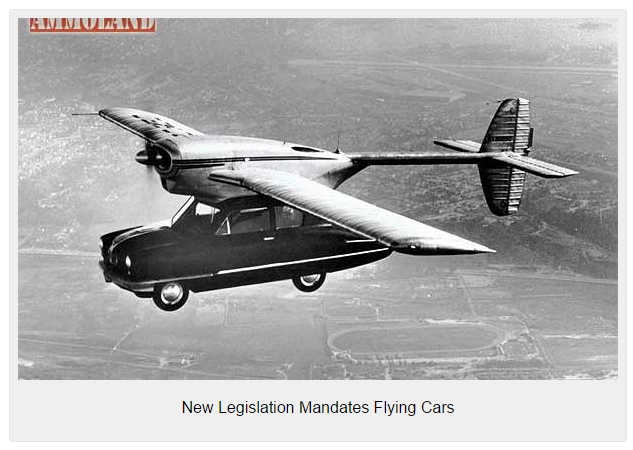 Democrats in Congress have introduced legislation requiring that five years after its passage, all handguns manufactured or imported into the U.S. must have “personalization” technology incorporated into them that prevents “unauthorized” users from firing them.

Okay, that’s not flying cars, but it might as well be.

The comparison is very appropriate. Currently, there are prototypes and a few awkward, commercial examples of flying cars out there. None is practical or reliable, and few people would be willing to trust their lives to them. Nonetheless, they are out there.

Similarly, there are a few prototypes and commercial examples of “personalized” firearms – guns equipped with technology which prevents their use by “unauthorized” persons – but like flying cars, so-called “smart gun” technology is impractical and unreliable, relegating it to the realm of science fiction and movie fantasy.


The disarmist crowd has declared June to be “National Gun Violence Awareness Month” and June 2 as “National Gun Violence Awareness Day.” In honor of the made up labels, lawmakers in Congress introduced the new “smart-gun” legislation as a means of garnering media attention and, apparently, to prove that they are totally ignorant about firearms and totally unconcerned with the protections of the U.S. Constitution.

Senator Edward Markey (D-MA) and Representative Carolyn Maloney(D-NY) introduced legislation to provide $2 million of our tax dollars per year for the next two years to go to research grants for development of “smart gun” technology, and require that all new handguns be equipped with this, currently non-existent, technology within five years. The legislation goes on to require that ten years after passage, any handgun sold – new or used – must be retrofitted with this technology. The legislation further orders that handgun production and sales be placed under the control of the Consumer Product Safety Commission; something anti-rights advocates have been trying to do for years.

Along with the $2 million per year for research and development of “personalized handgun” technology, the two Democrats introduced legislation to provide the Centers for Disease Control and Prevention with $10 million of your taxes per year to conduct “research” on “gun violence” prevention and firearm safety. 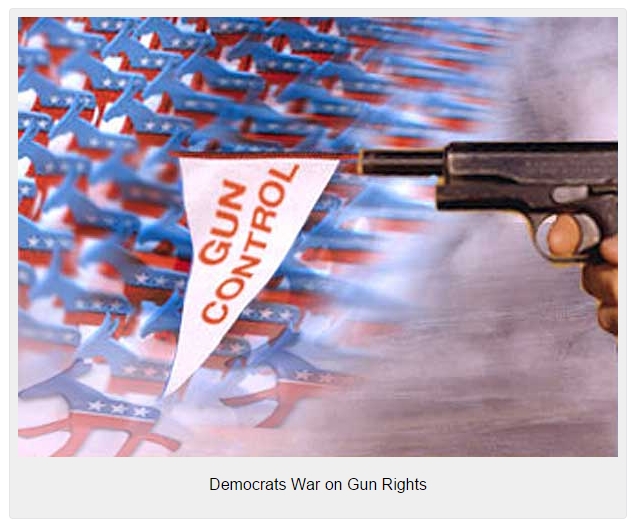 Both of these proposals are red herrings.

The “smart gun” legislation has no chance at all of advancing in the Republican-controlled Congress, and is totally unworkable, but it provides publicity and an opportunity for radical anti-rights advocates to spout their “gunsense” propaganda in the media, while painting Republicans and gun groups as obstructionist and unreasonable. By going so far over the top, and introducing various sub-proposals, the legislation offers a starting point from which its sponsors will attempt to work backwards, giving up the more outrageous aspects of the bill as a way of “compromising” down to the less crazy, but just as unconstitutional, aspects of the legislation.

Expect to see the research grant proposal and some form of the Consumer Product Safety Commission provisions tacked onto some unrelated, future legislation.

The CDC funding measure, which is improper to even be introduced in the Senate, since all appropriation is required to be initiated in the House, is a royal canard. In the first place, “gun violence” and “gun safety” are not diseases, and have no place in the research of the CDC. Secondly, the CDC has proven an inclination to fund bogus “research” by extremist anti-rights advocates like Dr. David Hemenway, who’s outrageously flawed “studies” formed the core motivation for Congress to place restrictions on CDC spending on gun control advocacy. Note the restriction is on advocacy, not research. And it should be noted that “gun violence,” and firearm-related accidental injuries have been steadily trending downward for two decades – a trend that Chicago and Baltimore, with their strict gun restrictions, are trying hard to reverse.

As part of their whole “National Gun Violence Awareness” campaign, the victim disarmament crowd has created a bunch of astroturf sites to call on people to wear orange clothing to identify them as supporters of gun control. While their objective is to steal some thunder from rights advocates, who have long worn hunter-orange hats and “Guns Save Lives” stickers as attention-getters, the idea is not working out quite as planned. Rights supporters have used the campaign to highlight criminal, anti-rights politicians such as former Detroit mayor Kwame Kilpatrick, former Guttenberg, NJ mayor David Delle Donna, and former California legislator Leland Yee, to name just a few. All voiced full-throated support for restrictive gun laws and all have wound up in bright orange jailhouse jumpsuits.

It’s good to see all that orange.