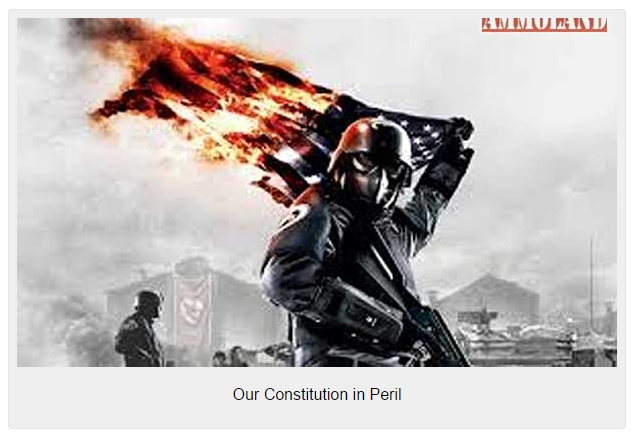 “Whenever you hear people talking about ‘a living Constitution,’ invariably they are in the process of slowly killing it by ‘interpreting’ out of existence its restrictions on government.” ~ Thomas Sowell

Our Constitution provides for the destruction of each of its elements, and indeed the entirety of itself. The process of destruction is “amendment.”

Governments have “powers.” Individual citizens have “rights.” Our Constitution currently imposes limits on powers of government, as well as, via the Bill of Rights, enumerates rights of citizens.

Most Americans believe our Bill of Rights is the document that guarantees our individual rights and freedoms as citizens. As we see from recent events, such “guarantees” are mostly delusional!

James Madison was the author of the Bill of Rights, and was the force that aggressively drove it through the First Congress of the United States. He developed a list of individual rights after studying history and government. He was familiar with tools and methods used by tyrannies and tyrants to destroy individual liberty.


In fact, those who at the time opposed the Bill of Rights being added to the Constitution, did so on the basis of concern it stopped at ten, and that other important individual rights could subsequently be infringed, simply because they weren’t specifically identified and enumerated.

Within the body of the Constitution itself are three specific limits to powers of government. Our Founders recognized these three limitations as fundamental to the preservation of individual liberty.

Denied to the government was the power to enact “bills of attainder,” (punishment without a trial) ”ex-post-facto laws” (conviction imposed before the act in question was a crime) and “direct taxation of the citizenry.”

In 1909, the 16th Amendment to the Constitution destroyed the last of those three limitations of governmental power.

In the “Federalist Papers,” both Madison and Hamilton had earlier warned us of such fundamental errors They spoke of the “whim of the majority” as the greatest danger to individual liberty. By that, they meant tyrants, acting unilaterally, will be less likely to succeed in destroying the rights of Americans than will a sufficient proportion of Americans who can be conned into foolishly discarding their own rights, by choice.

Our Founders knew and understood how fickle and dangerous the “whim of the majority” can be. Accordingly, they made the process of Constitutional Amendment arduous, multi-layered, and requiring super-majorities at each step in the process.

Even so, via endless demonization of successful entrepreneurs (calling them “Robber Barons”), and the so-called “plight of the poor,” Constitutional prohibitions to direct taxation were ultimately overcome.

In 1909, an organized effort by the Democrat Party and The American Socialist Party, using envy and covetousness as their theme (as they still do today), argued that some American citizens were “vile” due to individual wealth. That dubious argument carried, and despite a warning from Chief Justice John Marshall that “… the power to tax is the power to destroy,” the American voting public passed the 16th Amendment.

Last-minute efforts were made to limit this new “income tax” to ten percent. All failed amid a chorus of laughter, as everyone “knew” it would never get anywhere near that high!

Consider President Lincoln’s “suspension” of the right of habeas corpus. There is nothing new under the sun. Our mistake is that we fail to recognize this fact, and thus con ourselves about this horrible and tragic error, with enduring consequences!

So, there is no reason to believe the Second Amendment is immune. Sentiment to renounce the Second Amendment can easily reach an equal level. Even now, we see bogus “gun-safety” arguments used to justify draconian restrictions on gun ownership in NY, NJ, CA, MA and other states and metro areas.

As American citizens and Operators, here is what we need to know and do:

Who voluntarily own and interact with deadly weapons must therefore understand and accept their absolute obligation to assure correct gun-handling skills and protocols are well-learned and well-practiced.

However, the sad reality is that, for most Americans, guns are little more than adult Leggos! Collections are admired and fawned over, but never fired, never carried, never used in serious training.

A few occasionally engage in quaint competitions. Others hunt. Others occasionally “plink.” Still others episodically wear guns about as “fashion accessories.”

But, precious few of us put them on daily and “go armed” as part of our normal routine. Fewer still engage in serious training on any kind of regular basis. Few know and understand that the Second Amendment is there not only so that Americans have the means to protect ourselves from private-sector criminals, but also so that we can effectively oppose tyrants and tyrannies, foreign and domestic!

All Americans need to know that, and it is our lot to be evangelists!

“Foolish liberals who are trying to read the Second Amendment out of the Constitution by claiming it’s not an individual right, or that it’s too much of a public safety hazard, don’t see the danger. They’re courting disaster by encouraging others to use the same means to eliminate portions of our Constitution they don’t like.” ~ Alan M Dershowitz

“Miracles do not cluster. Hold on to the Constitution of the United States of America and the Republic for which it stands. What has happened only once in six-thousand years may never happen again. Hold on to your Constitution, for, when the Constitution fails, there will be anarchy throughout the world.” ~ Daniel Webster

Next Following the Destruction of Australia’s Firearms Heritage, Aussie Shooters Fire Back