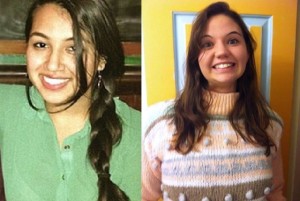 A young woman became extremely angry and killed her female lover after being called an experiment, prosecutors in Virginia said.

Now, 24-year-old Jessica Michelle Ewing, a former Virginia Tech student, has been sentenced to serve 45 years in prison after admitting to killing her girlfriend.

Ewing admitted that she strangled 21-year-old Samanata Shrestha during an argument.

According to the police investigation, Ewing came to Shrestha’s apartment wearing a dress, and she brought along whipped cream and wine.

However, she became angry because Shrestha didn’t bother to dress up for her. Ewing decided to stay, and the two had sex after drinking the bottle of wine.

Things turned violent between them after Ewing called Shrestha a spoiled bitch. Shrestha responded, saying that she was only experimenting with Ewing.

That is when Ewing choked her to death.