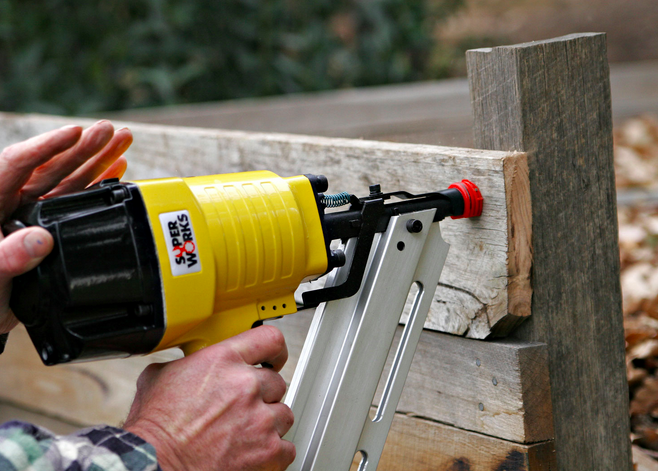 Could nail guns be subject to background checks? Some in Oregon think so, and lawmakers are in hot water over the recent anti-gun laws passed. The subject arose when Jon Chandler, a lobbyist for the Oregon Home Builders Association, was asked by Illinois Tool Works if the nail gun is going to be subjected to a background check.

But Chandler said some nail guns — used primarily to fasten materials to steel and concrete — are powered by powder-actuated cartridges. Under Oregon law, firearms are defined as a weapon “by whatever name known, which is designed to expel a projectile by the action of powder.”

You cannot make this up. This is what anti-gun laws do. They are written in haste and more tax dollars are wasted to fix the asinine language in the new laws before civilians figure it out. Senate Judiciary Chairman Floyd Prozanski, a democrat from Eugene, has been given permission to attempt to alter the language of the law. On Thursday, the committee voted to approve this measure.

Senate Bill 941 has already been the bane of many law-abiding citizens in the state of Oregon. Prozanski claims he will move swiftly to ensure that the nail gun will be available for purchase without a background check, but I’m sure we all trust the government to work in haste to restore our freedoms…or not.

It appears that even democrats can understand that nail guns should not be subjected to a background check. Perhaps legislators should be held to a higher standard and not fast to remove gun rights. Maybe this kind of thing can be avoided in the future by taking aim (no pun intended) at the problem, which is a criminal, not the law-abiding citizens seeking to buy a nail gun.


It all seems a little ridiculous, especially since a county in Oregon already voted to NOT enforce this law.

Next The Supreme Court Has Decided To Reject NRA Appeal